S&P hits 9-month low, down 3 percent for the year 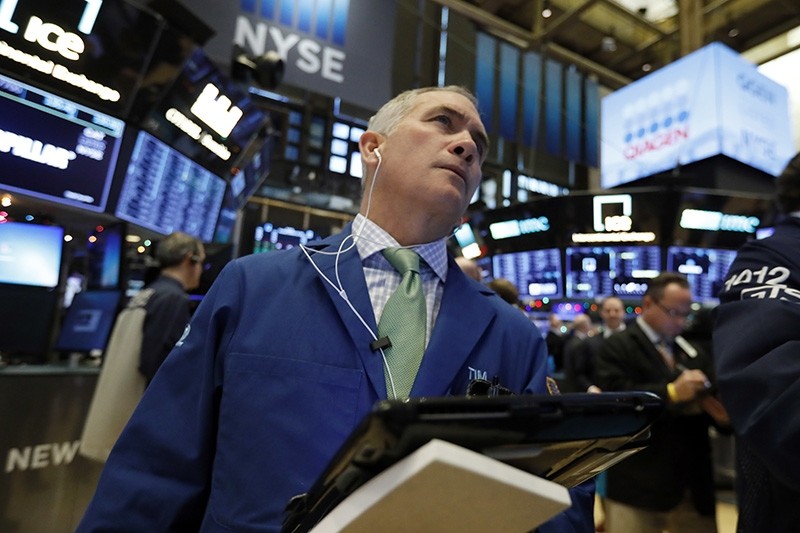 Stocks ended the week with a steep loss on Wall Street as the S&P 500 dropped to its lowest level since April.

The benchmark index is now down almost 3 percent for the year.

New concerns about slowing growth in China as well as growing disarray surrounding plans for Britain to exit the European Union put investors in a mood to sell Friday.

Johnson & Johnson plunged 10 percent after Reuters reported that the company has known since the 1970s that its talc baby powder sometimes contained asbestos, a charge the company denies.

Euro zone business ended the year on a weak note, expanding at the slowest pace in over four years as new order growth all but dried up, hurt by trade tensions and violent protests in France, a survey showed.

A separate survey showed French business activity plunged unexpectedly into contraction this month, retreating at the fastest pace in over four years in the face of the anti-government protests.

Germany's private-sector expansion slowed to a four-year low, meanwhile, suggesting growth in Europe's largest economy may be weak in the final quarter.

The European data came on the heels of weak readings from China, where November retail sales grew at the weakest pace since 2003 and industrial output rose the least in nearly three years, underlining risks to the economy as Beijing works to defuse its trade dispute with the United States.

"Certainly people are now starting to look through to end of cycle and say what could end of cycle look like," said Erik Knutzen, multi-asset class chief investment officer at Neuberger Berman in New York.

"While we do expect equities to provide a reasonable return next year, as you get later in the cycle, the posture is probably to fade rallies as opposed to keep risk on through the end."

Growth concerns sent European stock markets lower to close out the week. The pan-European STOXX 600 index lost 0.63 percent and MSCI's gauge of stocks across the globe shed 1.58 percent. The STOXX still managed a weekly gain of 0.5 percent, while MSCI's index is down nearly 5 percent over the past two weeks.

Despite the weak global data, U.S. data was solid and the dollar strengthened, as consumer spending gathered momentum in November, while industrial production rebounded and further cemented expectations the Federal Reserve will raise interest rates at its Dec. 18-19 meeting.

Britain's pound once again weakened after two days of gains, as Prime Minister Theresa May said further assurances on her Brexit deal were possible after European Union leaders told her they would not be renegotiating the agreement and scorned her stilted defense of Britain's departure.