Türk Eximbank to finance 27 pct of total exports in 2019 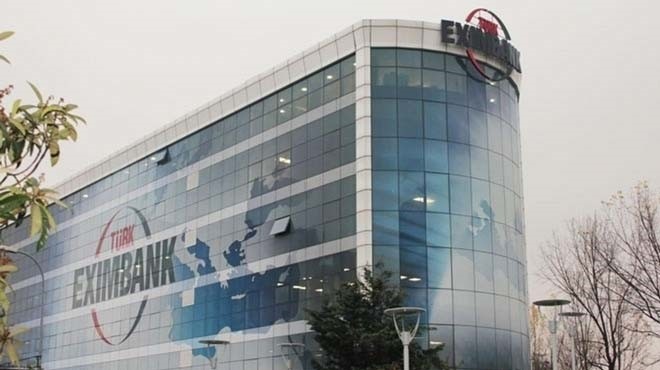 Türk Eximbank General Manager Adnan Yıldırım stated that 2019 will be a much more important year for exports, announcing that the bank aspires to finance 27 percent of total exports next year. Noting that Türk Eximbank has become much closer to exporters with its branches, Yıldırım said they continue to serve with liaison offices. He stressed that they attach importance to the industrialists' ability to export. Recalling that their year-end target was to achieve 11,000 in the number of exporters, which stood at 7,700 in 2017, Yıdırım said this number had reached 11,015 people this year, as announced by Trade Minister Ruhsar Pekcan last week.

"We have reached our target. Our goal is not only to capture the number of exporters. Another important indicator is to support our small and medium sized enterprises (SMEs)," Yıldırım continued. "It is also one of our very important goals not to increase the cost of our support. We never raised the interest rates of the loan programs of our support to our exporters in 2017 or in 2018. We only indexed the Turkish lira interest rates to 70 percent of the Treasury interest rate from the previous month. We never raised it in July, August and September, when demand was greater and the sensitivity increased."

Yıdırım said that the number of firms that Eximbank gave export credits exceeded 11,000 in 2018, adding they had achieved the targeted figure of $44 billion.

Yıdırım further explained that they finance $26 of every $100 worth of exports through Eximbank, and that they aim to raise this figure to $27 in 2019.

Underlining that 2018 was an important year for exports, Yıldırım said 2019 will be a much more crucial year in this regard, because companies will both export more and work harder with their bank.

"We will further support exporters with our domestic support programs and loans extended abroad. We do not expect an economic crisis for 2019. We did not expect it in 2018 as well, and we did not act like there were any crises in those hard times," he noted. "We overcame those days without disrupting our support and increasing our costs, and by spending more time working and integrating with our industrialists. We continue at the same pace. 2019 will be a year in which we will increase our support in real terms and provide additional savings in financing costs."