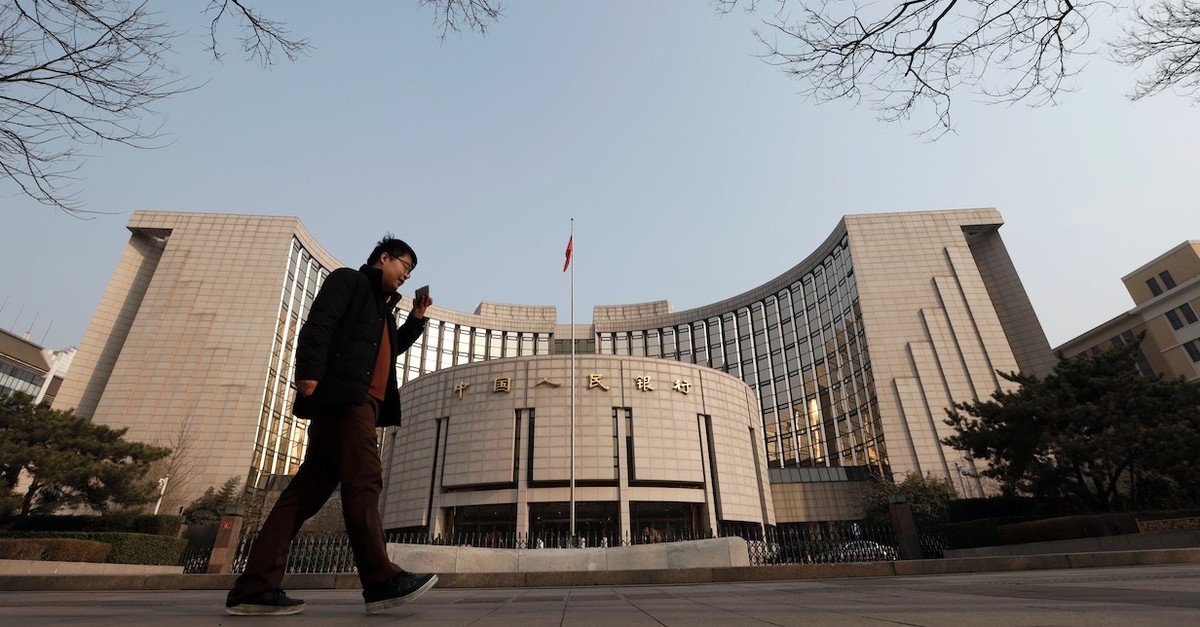 New bank loans in China fell sharply in February from a record the previous month, but the drop was likely due to seasonal factors, while policymakers continue to press lenders to help cash-strapped companies stay afloat.

Analysts say China needs to revive weak credit growth to help head off a sharper economic slowdown this year, but investors are worried about a further jump in corporate debt and the risk to banks as they relax their lending standards.

Chinese banks made 885.8 billion yuan ($131.81 billion) in net new yuan loans in February, according to data released by the People's Bank of China (PBOC) Sunday.

That was down sharply from a record 3.23 trillion yuan in January, when several other key credit gauges also picked up modestly in response to the central bank's policy easing.

A pull-back in February's tally had been widely expected as Chinese banks tend to front-load loans at the beginning of the year to get higher-quality customers and win market share.

But policymakers have repeatedly vowed not to open the credit floodgates in an economy already saddled with piles of debt - a legacy of massive stimulus during the global financial crisis in 2008-09 and subsequent downturns.

Premier Li Keqiang told parliament on Tuesday that Beijing will step up targeted cuts in the reserve requirement ratio (RRR) for smaller and medium-sized banks with an aim to boost lending to small companies by large banks by more than 30 percent.

He also said monetary policy would be "neither too tight nor too loose". Li also pledged to push for market-based reforms to lower real interest rates.

The central bank has already cut RRR - the amount that banks need to set aside as reserves - five times over the past year, most recently in January. Further cuts are widely expected.

Sources have told Reuters the central bank is not ready to cut benchmark interest rates just yet, but is likely to cut market-based rates.

Growth of outstanding total social financing (TSF), a broad measure of credit and liquidity in the economy, slowed to 10.1 percent in February from January's 10.4 percent, versus a record low of 9.8 percent in December. TSF growth is a rough gauge of credit conditions.

TSF includes off-balance sheet forms of financing that exist outside the conventional bank lending system, such as initial public offerings, loans from trust companies and bond sales. In February, TSF fell to 703 billion yuan from 4.64 trillion yuan in January.

Analysts note there is a time lag before a jump in lending will translate into growth, suggesting business conditions may get worse before they get better. And, there is a risk that more firms are borrowing merely to refinance existing debt, rather than for fresh investment needed to fuel an economic turnaround.

Past credit spreads have also invariably led to speculation in property and financial markets. The country's banking watchdog has punished two lenders for illegally channeling money into the stock market, the official Securities Times said on Friday.

China's economic growth is expected to cool to around 6.2 percent this year, a 29-year low, according to Reuters polls. Most economists expect a rocky first half before conditions begin to stabilize around mid-year as support measures begin to have a greater impact. Growth slowed to 6.6 percent last year, with domestic demand curbed by higher borrowing rates and tighter credit conditions and exporters hit by the escalating trade war with the United States.