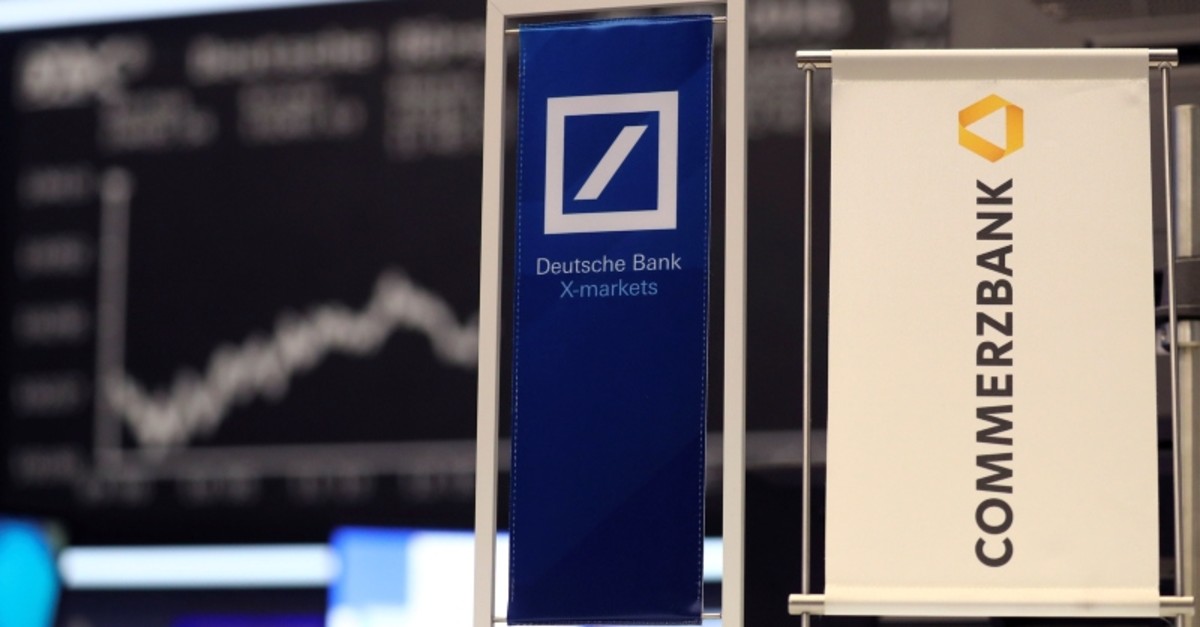 Banners of Deutsche Bank and Commerzbank are pictured in front of the German share price index, DAX board, at the stock exchange in Frankfurt, Germany, September 30, 2016. (Reuters Photo)
by Mar 17, 2019 1:45 pm

Deutsche Bank and Commerzbank are in discussions about a possible merger, the two German banks confirmed on Sunday.

Deutsche Bank said in a statement it was "reviewing strategic options and confirms discussions with Commerzbank", adding that "there is no certainty that any transaction will occur".

Commerzbank said both banks had "agreed today to start discussions with an open outcome on a potential merger".

Formal disclosure of talks increases the chances of concluding a tie-up between the nation's two largest banks.

A merger has long been the subject of speculation and the German government has pushed for it given concerns about the health of Deutsche which has struggled to generate sustainable profits since the 2008 financial crisis. The government holds a stake of more than 15 percent in Commerzbank following a bailout.

Earlier this month a person with knowledge of the matter told Reuters that the management board of Deutsche had agreed to hold talks with Commerzbank on the feasibility of a merger.

"We are going to seriously evaluate a merger," said a person with knowledge of the matter on Sunday.

"But there is no guarantee that there will be a deal in the end," the person said.

On Thursday, the supervisory boards of both banks are scheduled to hold long-planned meetings, four people with knowledge of the matter told Reuters. The status of merger negotiations is expected to be discussed.

Germany's Verdi labour union has objected strongly to a possible merger between the two banks, arguing that the merged group would be a more attractive target for a hostile foreign takeover and saying that at least 10,000 jobs are at risk.

The combined workforce of the two banks is around 140,000.