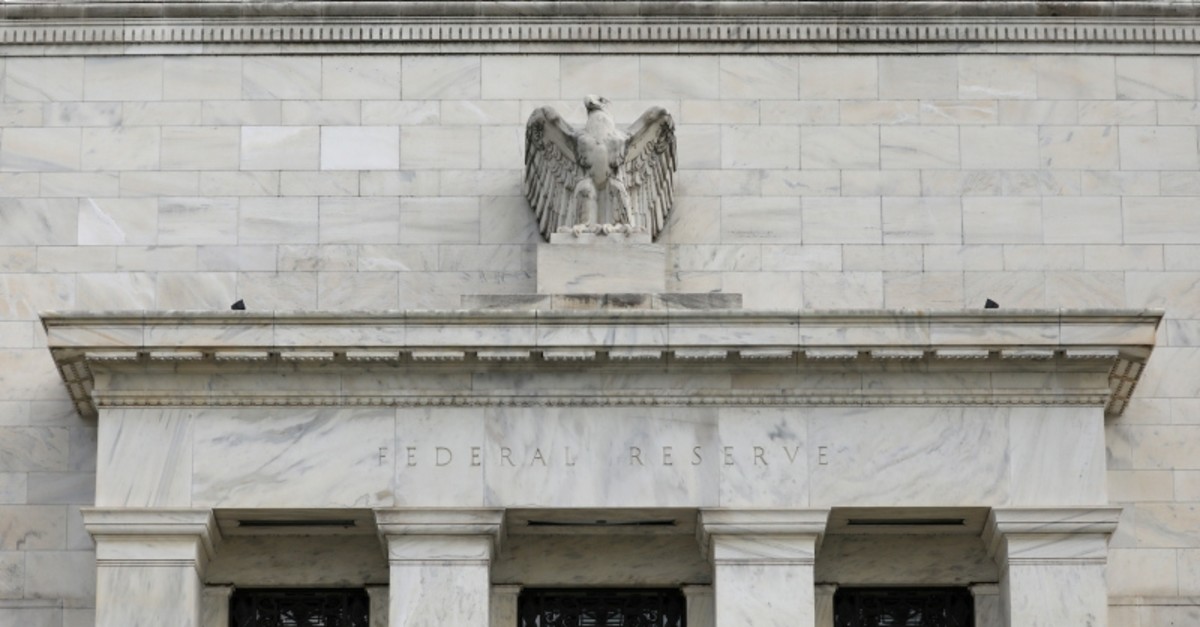 The Federal Reserve left its key interest rate unchanged Wednesday but signaled that it's prepared to start cutting rates if needed to protect the U.S. economy from trade conflicts and other threats.

The Fed kept its benchmark rate — which influences many consumer and business loans — in a range of 2.25% to 2.5%, where it's been since December.

It issued a statement saying that because "uncertainties" have increased, it would "act as appropriate to sustain the expansion." That language echoed a remark that Chairman Jerome Powell made two weeks ago that analysts interpreted as a signal that rate cuts were on the way.

In its statement Wednesday, the Fed removed a reference to being "patient" about adjusting rates. That suggested that the central bank is now inclined to begin cutting rates for the first time in more than a decade. It remains unclear when that might happen.

The Fed's decision was approved on a 9-1 vote, with James Bullard, president of the Fed's St. Louis regional bank, dissenting because he thought the central bank should begin cutting rates now. It marked the first dissent from a Fed decision since Powell became chairman in February last year.

The policymakers are considering cutting rates in part because President Donald Trump's trade conflicts, especially with China, have become a threat to the economy. The economic expansion that has followed the Great Recession next month will become the longest on record.

A survey of the 17 Fed officials showed that nearly half now expect at least one rate cut this year, with seven projecting two. When they met in March, no officials had forecast a rate cut.

Many Fed watchers have said they think the policymakers want to first see whether a meeting that Trump and President Xi Jinping are to hold late next week produces any breakthrough in the U.S.-China trade war.

But economists say when — or even whether — the Fed eases credit will depend on a host of factors that are hard to predict. Will Trump's trade wars be resolved before they inflict real damage on the economy? Will the job market remain resilient even as growth slows? Will inflation finally edge close to the Fed's target level?

Many analysts think the central bank will wait until September at the earliest to announce its first drop in its benchmark short-term rate since 2008 and might not cut again in 2019. A few Fed watchers foresee no rate cut at all this year, especially if the United States and China reach some tentative resolution to the trade war.

Complicating the timing of possible rate cuts is an escalation of attacks on the Fed by Trump as he gears up for his 2020 re-election campaign. Trump's public criticism, a highly unusual action for a president, has raised concern that he is undermining the Fed's independence as a central bank. The president has asserted that under Powell's leadership, the Fed hurt the economy by tightening credit too much last year and by failing to lower rates since then.

This week, Trump was asked about a news report that the White House in February had explored whether the president had the authority to demote Powell as chairman while leaving him on the Fed's board.

"Let's see what he does," Trump said of Powell. "They're going to be making an announcement very soon. So we'll see what happens."

The president has previously explored firing Powell. But under the law, a Fed board member, like Powell, can be fired only for cause.

The Fed is meeting at a time when the U.S.-China trade war, with its tariffs and counter-tariffs on each other's products, has magnified concern and uncertainty for businesses and investors about whether and how much the economy will suffer.

The U.S. manufacturing sector, in particular, is weakening. This week, the Federal Reserve Bank of New York reported that an index it compiles of manufacturing in New York state plunged this month into negative territory — to its lowest point since 2016. The index reflects manufacturing conditions in the state.

In some encouraging news, Trump tweeted Tuesday that he had spoken by phone with Xi and that the two leaders plan "an extended meeting" at a Group of 20 nations summit in Japan late next week. Trump also said that before his meeting with Xi, negotiators for the two sides will resume talks.

Draghi's comments sent the value of the euro tumbling against the dollar, prompting an angry tweet from Trump accusing the ECB leader of acting to weaken the euro to gain a competitive trade advantage against the United States.