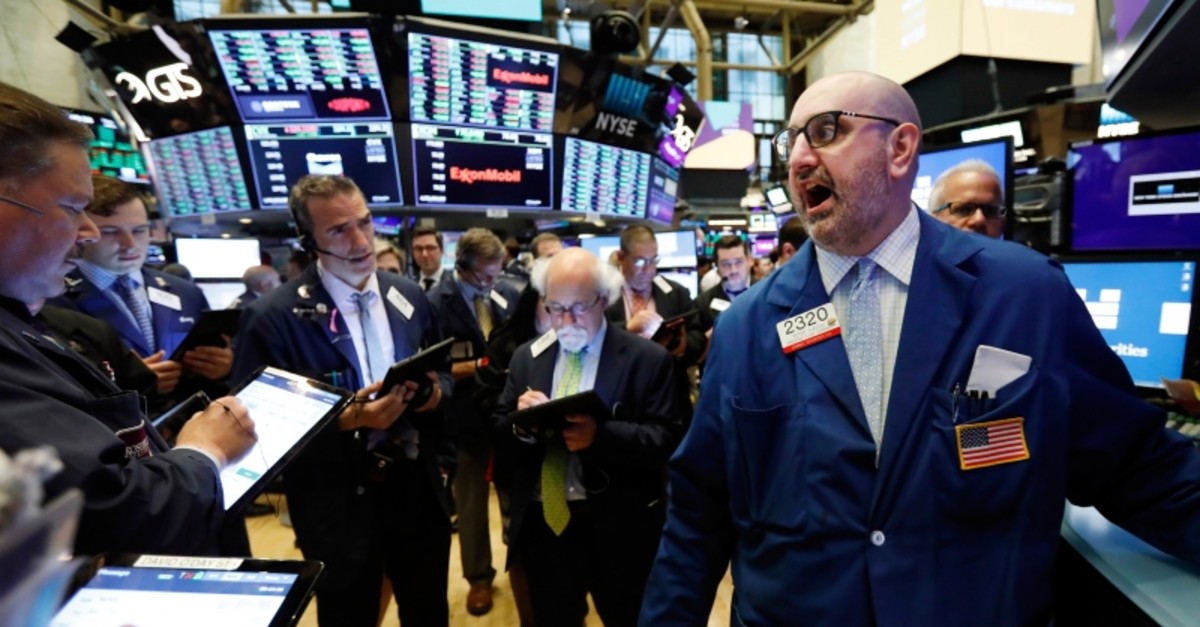 The benchmark index was slightly above the record close it reached April 30. The rally came as investors balanced optimism over the possibility that the Federal Reserve will cut interest rates in response to a slowing global economy and jitters about the prospects of dimmer corporate profits should a severe slowdown take hold.

Those worries continued to fuel demand for U.S. government bonds, sending yields on the 10-year Treasury note down to 2%, the lowest level since November 2016.

"If the Fed is going to cut rates it means that the economic environment is slowing down," said Lindsey Bell, investment strategist at CFRA. "You have investors looking to bonds to hide out in. You're also seeing a big move up in gold on the back of the Fed's decision as well."

Traders also drove U.S. oil prices 5.4% higher as tensions between the U.S. and Iran escalated, stoking fears that oil shipments through the Strait of Hormuz could be compromised. U.S. crude oil prices had been in a bear market just weeks ago, what Wall Street calls a drop of 20% or more.

A strong rebound for stocks this month has erased the S&P 500's losses from May, when jitters over the escalating trade conflict between the U.S. and China knocked the market into a 6.6% dive. The major U.S. stock indexes are up more than 7% so far this month.

The market's recovery gained momentum this week after the central bank reiterated on Wednesday that it stands ready to cut interest rates. Traders also grew more hopeful this week that Washington and Beijing could eventually resolve their damaging trade war.

The technology-heavy Nasdaq composite gained 0.8%, while the Russell 2000 index of smaller companies was 0.5% higher.

Crude oil prices surged 5.4% as tensions between the U.S. and Iran intensified, stoking fears that oil shipments through the Strait of Hormuz could be compromised. Iran's Revolutionary Guard said it shot down a U.S. drone on Thursday over Iranian airspace. The drone shooting follows last week's attack on two oil tankers near the Gulf of Oman. The spike in oil prices sent energy sector stocks broadly higher. Noble Energy gained 5.7%.

Bond yields continued to slide a day after the Federal Reserve signaled that it is prepared to cut its benchmark interest rate if needed to shield the U.S. economy from trade conflicts or other threats. While the central bank left interest rates unchanged, investors are betting on at least one interest rate cut this year.

Cruise line operators were among the few losers after Carnival slashed its profit forecast for the year. The company cited technical issues with its Vista ship. It also cited a ban on U.S. cruises to Cuban ports and an economic slowdown in Europe, which have broader implications for the sector. Carnival sank 7.7%, Royal Caribbean Cruises fell 2.8% and Norwegian Cruise Line slid 2.3%.