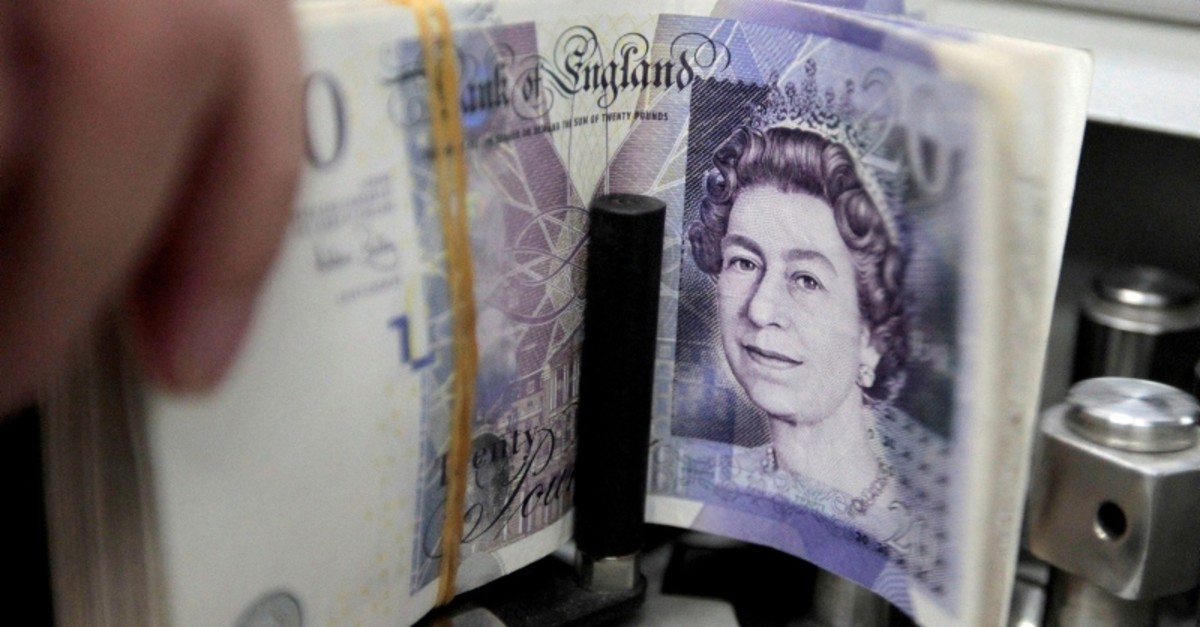 The pound sterling has fallen just shy of a two-year low amid bleak economic outlook, political uncertainty over the next prime minister and the prospect of a no-deal Brexit.

At midday on Tuesday, the pound was trading 0.5% down versus the dollar at $1.2455 and within striking distance of an April 2017 low below $1.2409. It very briefly hit that low in January this year in chaotic trading during a currency market flash crash.

The pound also weakened against the euro to a six-month low at 89.95 pence and is on track for a tenth consecutive week of losses against the single currency.

"All the fundamental factors point to a weaker pound and the downward momentum is still intact," said Lee Hardman, a currency strategist at MUFG in London.

The U.K.'s political risks have pressured the pound in recent weeks, as the contest for prime minister nears its end, with Conservatives' favorite Boris Johnson maintaining the prospect of a no-deal Brexit. The pound has plunged 2% since Prime Minister Theresa May announced she would be stepping down.

Britain's parliament will weigh an amendment this week aimed at ensuring it cannot be sidestepped if the next U.K. prime minister wants to pursue a no-deal Brexit divorce from the European Union.

"It looks increasingly probable that second-quarter GDP is likely to be negative for the first time since the end of 2012," Jeremy Stretch, chief of G-10 currency strategy at Canadian Imperial Bank of Commerce, told Bloomberg.

"With the third-quarter outlook also poor, this will add to debate about the BOE joining the global easing trend," he said.

Concerns about the worsening economic outlook in encouraged Bank of England Governor Mark Carney to signal last week that the central bank may strike a more dovish tone at its August policy meeting.

Markets are now pricing in a BoE rate cut over the next 12 months, as central banks around the world adopt an easing bias in the face of economic uncertainty and trade tensions between the United States and China.

Sterling has fallen for several days, its losses compounded by a dollar rallying after analysts scaled back expectations the Federal Reserve would cut interest rates by 50 basis points later this month.

RBC Capital Markets strategist Adam Cole noted that betting markets were now pricing in a 95% chance of eurosceptic Boris Johnson, who some investors fear will push Britain towards a no-deal Brexit, becoming the next leader of the Conservative party and Prime Minister.

"While a significant measure of Brexit risks have already been priced, the pound may still have more of its downside exposed, should the prospect of a no-deal Brexit ramp up meaningfully over the coming months," said Han Tan, Market Analyst at FXTM.

Those risks are being priced into the currency derivative markets with the spread between three and six-month implied volatility in the pound widening to its highest levels in two months.

Option markets also point to more weakness in the pound with only some relatively tiny options amounting to around $400 million struck around the $1.24 levels.

Economic growth data for May, due on Wednesday, will help analysts decide whether the British economy is likely to have shrunk in the second quarter after a series of disappointing business surveys.

Economists polled by Reuters expect the British economy grew 0.3% in May month-on-month, an improvement on the -0.4% in April.