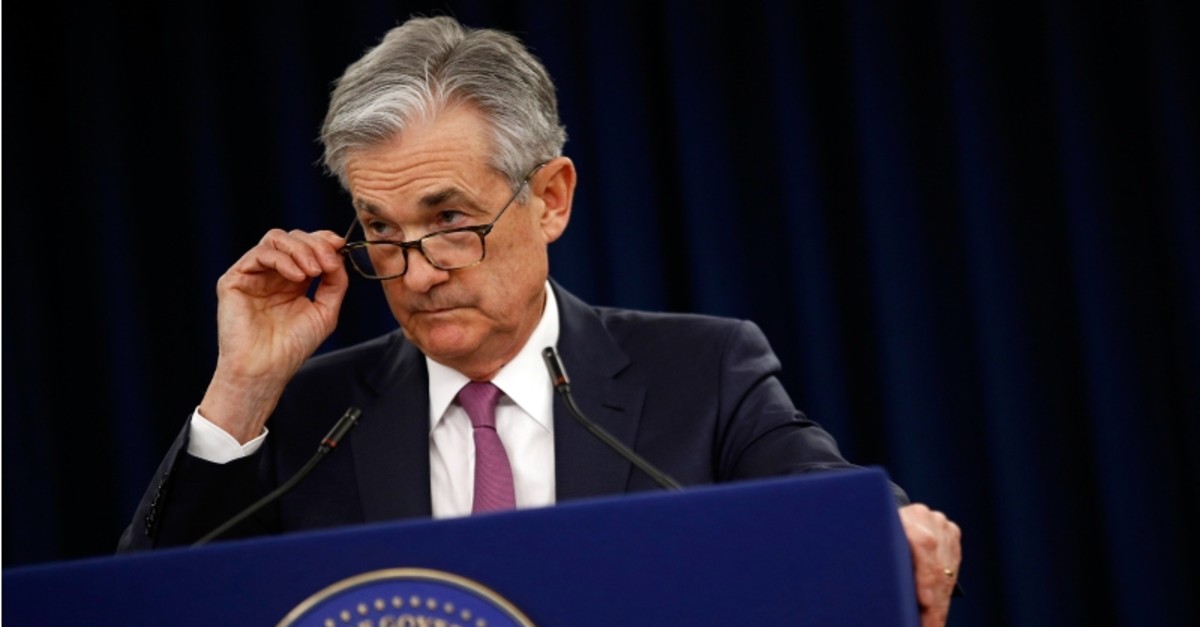 | AP Photo
by Jul 10, 2019 3:38 pm
Concerns about trade policy and a weak global economy "continue to weigh on the U.S. economic outlook" and the Federal Reserve stands ready to "act as appropriate" to sustain a decade-long expansion, Fed Chairman Jerome Powell said on Wednesday in remarks that could bolster expectations of an interest rate cut later this month.

In prepared remarks to a congressional committee, Powell contrasted the Fed's "baseline outlook" of continued U.S. growth against a considerable set of risks - including persistently weak inflation, slower growth in other major economies, and a downturn in business investment driven by uncertainty over just how long the Trump administration's trade war with China and other countries will last and how intense it will become.

Fed officials at their June policy meeting signaled those concerns might warrant lower rates, and "since then, based on incoming data and other developments, it appears that uncertainties around trade tensions and concerns about the strength of the global economy continue to weigh on the U.S. outlook," Powell said.

"Apparent progress on trade turned to greater uncertainty, and our contacts in business and agriculture reported heightened concerns over trade developments," Powell said, noting that business investment, an important component of economic growth, "seems to have slowed notably" in recent months.

Overall growth has also "moderated," the Fed chief said, while "there is a risk that weak inflation will be even more persistent than we currently anticipate," and not prove as transitory as Fed officials have often insisted.

Powell will present his remarks and take questions from members of the U.S. House of Representatives Financial Services Committee beginning at 10 a.m. EDT (1400 GMT), and will testify again on Thursday before the Senate Banking Committee.

His appearances come at a particularly sensitive time for both the Fed and Powell personally, with President Donald Trump lashing out at his handpicked Fed chief for not cutting interest rates that, in Trump's view, are needlessly slowing the economy.

At the same time, in the view of Fed officials, Trump's own policies - including higher tariffs and a somewhat unpredictable approach - have increased economic risks and led them to consider the very rate reductions Trump has demanded.

The Fed has kept its current benchmark overnight interest rate in a range of between 2.25% and 2.50% since December.

Since a series of Trump trade tweets in late May, both investors and the Fed have begun shifting their stance, with markets now expecting a cut of at least a quarter of a percentage point when Fed policymakers meet at the end of the month.

The U.S. economy did not change much in the days that followed Trump's May 30 comments on Twitter threatening to impose tariffs on Mexico unless the country met his demands for tougher controls on immigrants crossing its northern border.

But Trump's statements spooked financial markets so decisively, and the threats to the global economy became so palpable, that a rate cut of at least 25 basis points now appears a near certainty, with a 50-basis-point cut also considered possible as extra protection.

"The Fed has never disappointed a market with such strong expectations of action," Joseph Lavorgna, chief economist for the Americas at Natixis, wrote in a recent analysis.

With investors in contracts linked to the Fed's targeted overnight lending rate putting the probability of a rate reduction at close to 100 percent, "it would be unprecedented for the Fed to not cut," Lavorgna wrote.

Following the hearing on Wednesday, the Fed is due to release the minutes from its last policy meeting, which should show the extent to which the thinking at the central bank shifted in the days following Trump's Mexico tariff threat, and how the discussion was shaped by other concerns including weak inflation.

Though U.S. economic growth remains largely on track and the jobs report for June showed continued strong hiring, the events of May changed U.S. trade policy from something of a sideshow in the Fed's view to a central concern.

Earlier rounds of U.S. tariffs on trading partners including China had been dismissed as of little macroeconomic importance, with the Fed in early May still anticipating its policy rate would remain unchanged for the rest of the year.

By contrast, the higher tariffs announced against China in early May, a rising sense the world's two largest economies might not be able to make a deal, and the tariff threat against Mexico all added to the growing feeling that protectionism and higher tariffs were here to stay - at some cost to investment and growth.

The case for lowering borrowing costs isn't fully decided. Reducing rates at this point would be similar to the Fed's efforts in the mid-1990s to nurse along a lengthy recovery rather than respond to a looming downturn, and "there's no immediate need to move," Philadelphia Fed President Patrick Harker said on Tuesday.

But Trump's tweets about Mexico had a particularly unsettling impact, touching off enough volatility and doubt about the future that it pushed the Fed towards the very rate cuts Trump has demanded for other reasons.

As Trump tied the threatened tariffs, which would have hit one of the world's most integrated supply chains, to non-economic demands about immigration, investors over two days knocked about a quarter of a percentage point from the federal funds rate expected at the end of 2019.

That added a full additional rate cut to the one investors already had expected, and added market pressure to the Fed's growing list of concerns.

At the Fed's last policy meeting in mid-June, eight of the 17 policymakers saw the need for at least one rate cut by year's end, and Powell told reporters afterwards that many others were leaning in that direction. The minutes may show how strong that sentiment has become.

In the Fed's monetary policy report issued last week ahead of Powell's testimony, the trade war received its own analysis, a sign of the attention it is getting within the central bank.

Fed staff concluded the rise in world tariffs had a likely "material" impact on the slowdown in global trade last year, and that "uncertainty surrounding trade policy could be leading firms to delay investment decisions and reduce capital expenditures."

Though the threatened tariffs on Mexico never materialized and China and the United States have agreed to resume talks to reach a trade deal, that "did little to alleviate the uncertainty that Fed officials believe is contributing to cooling momentum in global trade and domestic capex plans," Deutsche Bank's U.S. economics team wrote this week.