Is dark chocolate the slimmer's friend? Nutritionist says no! 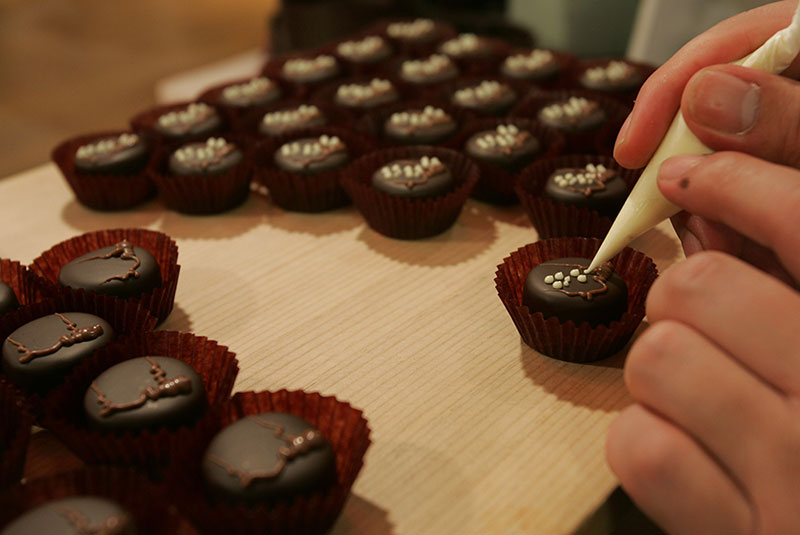 by Mar 24, 2015 12:00 am
Tucking into a little dark chocolate instead of the infamously fattening full-milk variant might seem a valid compromise for slimmers with a craving. Not so, warns Helga Strube of the German Nutrition Society (DGE).

The higher cocoa content means dark chocolate contains even more cocoa fat than regular milk chocolate, even though less sugar has been added to the confection. There is no balm here for figure and conscience.

In total, there are slightly more calories in a bar of dark chocolate than in sweet chocolate. That's because cocoa fat is packed with more energy, gram for gram, than sugar is.

But while the slimming assumptions may be wrong, dark is still the healthier choice for chocolate lovers, since it is high in phytochemicals called flavonoids, which are also found in fruits and vegetables such as apples, grapes or red cabbage.

A small bar of dark chocolate is kinder to blood vessels and reduces the risk of cardiovascular diseases and strokes, as evidenced by a study by the German Institute of Human Nutrition (DIfE).

Eating large amounts of either sort of chocolate is both unhealthy and fattening.