US top lover of baklava, imported nearly 312 tons from Turkey since 2011 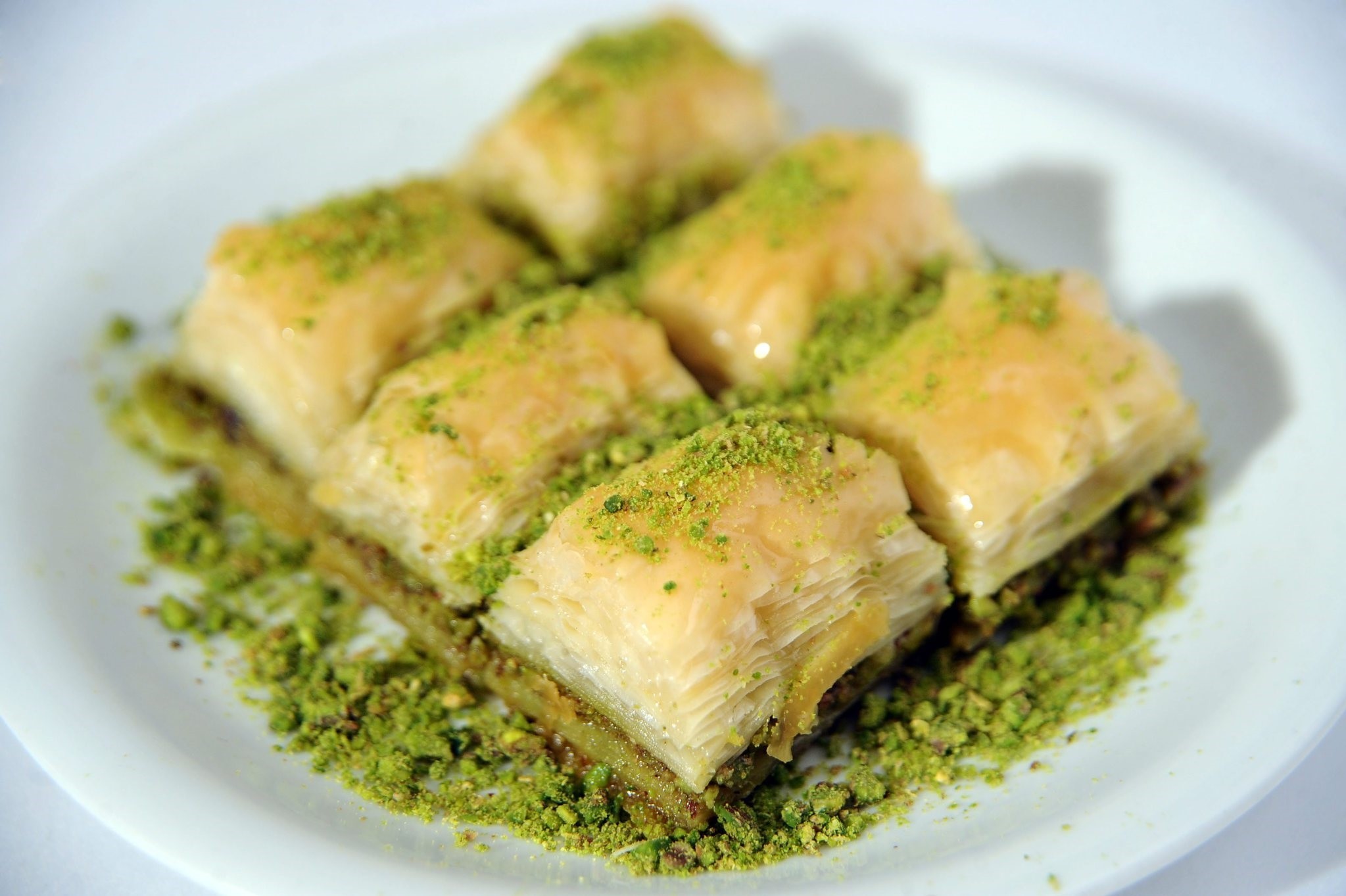 Turkish exports of the country's traditional dessert, the baklava, have reached $20 million of value in the last five years, according to the Turkish Statistics Institute.

Baklavas were exported to six continents, 48 countries, according to figures released Wednesday from the Turkish Statistics Institute, with the world's largest economy, the U.S., ranking at the top of the list.

According to Mehmet Yıldırım, head of the baklava producers union (Baktad), the most important reason for the increase in the exports was achievements in promotion.

Gaziantep province famous for its baklava

Characteristic of the former Ottoman Empire cuisine, the baklava is rich, sweet, with layers of filo pastry filled with nuts and syrup.

The southern Gaziantep province, around 1,100 km away from Istanbul, famous for its baklavas, described it as a "pastry made of layers of filo pastry filled with semolina cream and Antep pistachio."

According to Baktad, Turkey produces around 950 tons of baklavas daily and each Turkish person eats an average of 4.4 kilograms each year.

The industry employs more than 60,000 people at around 25,000 companies across Turkey and makes an annual domestic turnover of around $3 billion.

Certain companies export frozen baklavas and others dry baklavas, according to Baktad. Turkish baklava-producers started to sell the traditional dessert overseas for the first time in 2001, for a total of $110,000.

The cuisine of Turkey's southeastern province of Gaziantep earned praise in December 2015. It was added to UNESCO's list of "The Creative Cities Network" on gastronomy, a network that was launched in 2004 and comprises 116 cities worldwide.