Meet the young Turk tasting water for a living 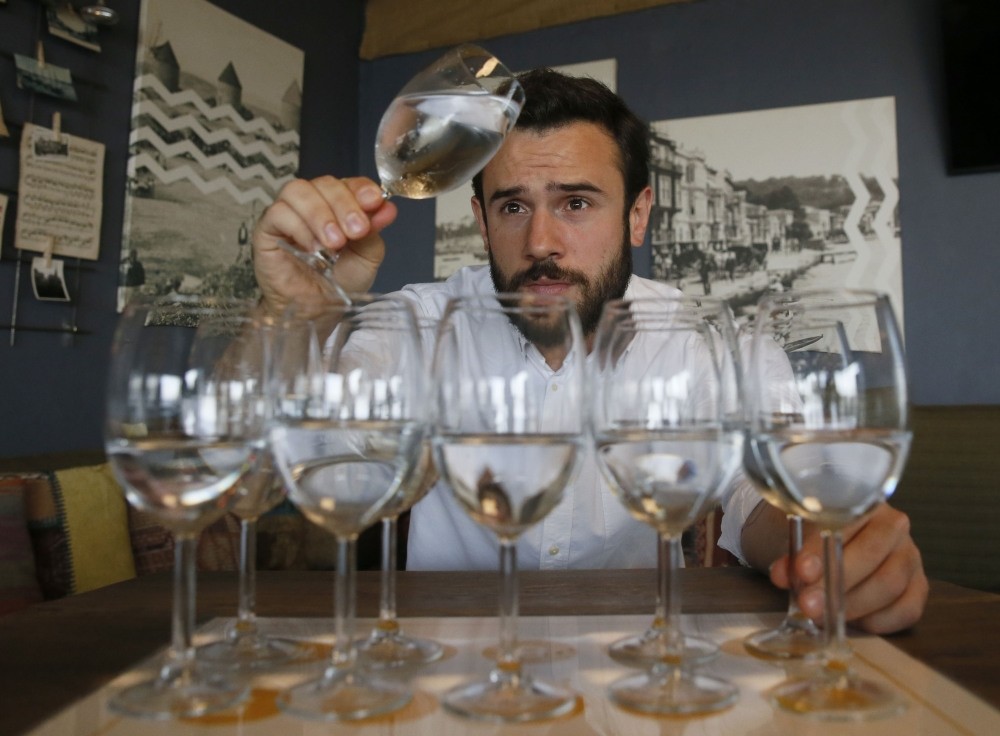 by Anadolu Agency Nov 25, 2016 12:00 am
In a fine-dining Michelin-starred restaurant, it is not an unusual to scene to see a waiter asking a customer "How do you like your water," while handing a specific water menu. Water sommeliers, a small group of professionals who think that water is not just water, suggest the best water taste for customers at restaurants.

Alican Akdemir, 28, is one of these few people who is trained as water sommelier and can distinguish water on its taste and mineral content. He has already categorized Turkey's different water types in each region. He says water has a wide range of flavors and textures and water sommeliers determine what tastes good in water. Completing his training at the Doemens Academy in Munich on water tastes two years ago, Akdemir now easily tell swhich water taste goes well while cooking or making tea and coffee. "The taste of water directly changes a meal's taste," he noted.

Although many people's tastebuds are missing out the flavors of waters, Akdemir says he understands the nuances and suggests chefs to use a specific water type while cooking. "I differentiate them based on their taste like strong, sweet, savory or bitter and level them. I work with chefs and generally do not prefer eating much before tasting."

The number of water flavors in Turkey is limited, though, Akdemir continued. "I believe the main reason is logistic expenses as water companies prefer water sources in near-by regions."