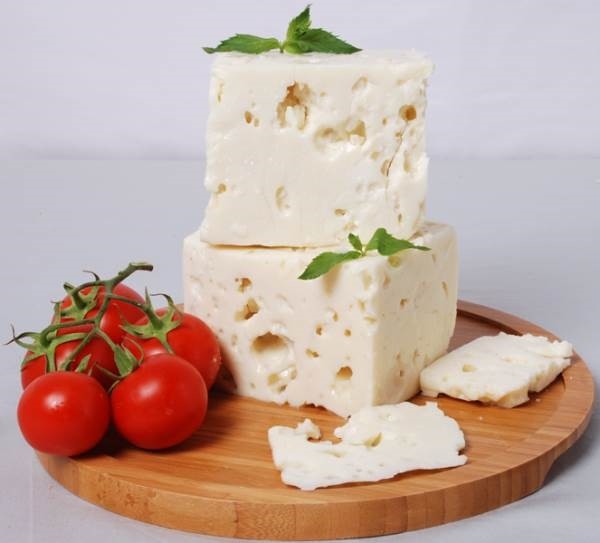 by Daily Sabah Feb 21, 2017 12:00 am
A delectable staple for Turkish people, Turkey's local cheeses offer a rich array of choice, including more than 100 unique varieties from a range of different regions. In early March, the Slow Food Movement, a grassroots organization promoting local food around the world, will hold a special gastronomic event in the coastal towns of Milas and Bodrum, where Turkey's lesser-known cheese varieties will be served to guests.

Well-known throughout the country and readily available, the most common cheeses in Turkey are "beyaz peynir" (white cheese), "kashar," "dil" and "lor." However, Turkish villagers have been making their own styles of cheese from recipes passed down from generation to generation for years.

Ezine, a city in the Çanakkale province in the Aegean region, is popular for its high-quality cheese variations and the Aegean is also famed for Tulum cheese, a kind of cheese that was traditionally matured in an animal skin pouch.

Local cheesemongers, creameries and cooperatives will attend the second International Slow Cheese Bodrum Festival running from March 2-5. Similar to the previous edition, there will be one-on-one cheese-making and health seminars for female farmers and gastronomy students in colleges and vocational high schools. In March, renowned chef Maksut Aşkar, the chief chef of Neolokal, as well as Nadya Turunç, will give an exclusive workshop on cheese dishes. A series of panels will also take place throughout the festival.

Running parallel to the festival, a production of the Slow Food Yaves Gari Bodrum Convivium, local restaurants in Milas and Bodrum will be serving exclusive cheese menus to tourists and locals alike.
RELATED TOPICS