Fire to be burned for love, friendship at FlijaFest 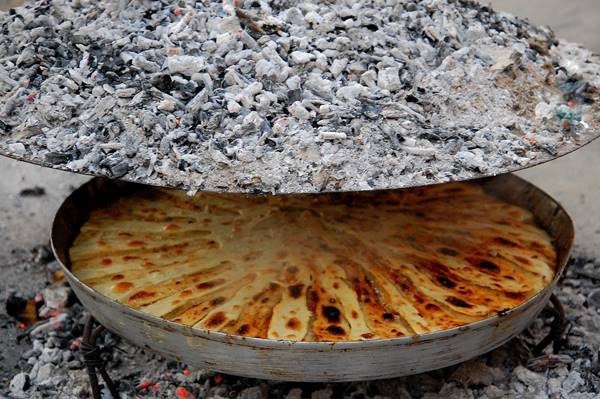 by Daily Sabah May 12, 2017 12:00 am
FlijaFest will start on May 21 at the Göktürk Picnic Area in Bayrampaşa district of Istanbul.

This festival is where one of the most distinctive foods of Kosovo cuisine, flija, is prepared in a four-hour process and presented.

Flija, a traditional pastry which requires an exhausting preparation process, is a representation of the remembrance of the hard times the Kosovar people have experienced.

There will be several local dance performances, live music and entertainment at the festival.

Every year on the very first days of the spring season, the FlijaFest is organized by the Kosovo Prizren Association of Charity and Culture.

This is supposed to be a time when the seeds of love, friendship and solidarity are shared.

The wood which will be used to cook the flija is brought to the festival area with a ceremony. It is then carried on horseback and passed on to a representational figure of the Kosovo Bridge.

The flija pastry, by tradition, is prepared layer by layer by the women and then cooked for four hours on a fire that is prepared by the men.

The president of Kosovo Prizren Association of Charity and Culture, Gülen Aksu Türker, said, "A society blossoms out through its culture, customs and traditions. We act with the aim of introducing Kosovo culture to Turkey and conserving it for the next generations. We, especially the Kosovars in Istanbul, come together at FlijaFest and keep our customs alive and try to introduce our food and culture to the Turkish people."

Although it is cooked with very few ingredients, its preparation takes a lot of effort.

Contrary to common cooking techniques, Flija is cooked not by a fire from below, but rather by the heat coming from an iron sheet put on the flija pan.

The iron sheet is nearly the same size as the dimensions of a satellite dish. It is similar to the iron sheet which is used in pancake cooking in a way; however, the food is not cooked on it in this case.

The iron sheet is heated on the wood fire and then put on the flija pan, and it cooks the pastry below.

On the other hand, the stiffness of the pastry, which is prepared with flour, water and salt, is the same as that of crepes.

Flija, which gets to three times its original size after the four-hour cooking process, is served with honey.
RELATED TOPICS