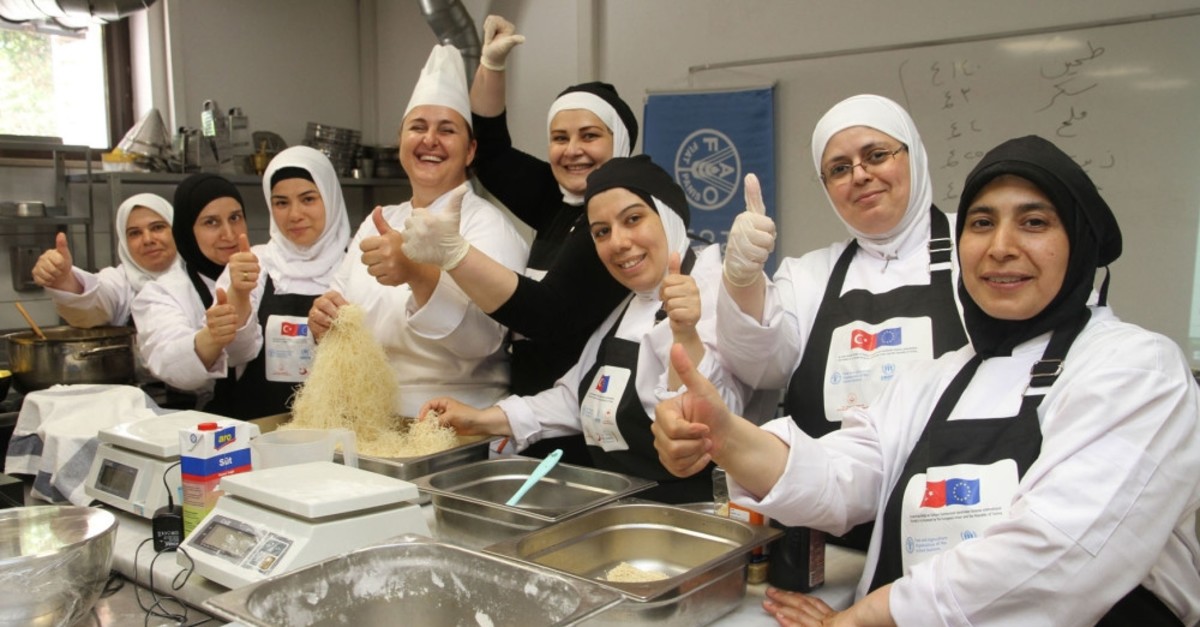 Syrian women participating to the project are trained by experienced chefs.
by Anadolu Agency Jul 09, 2019 12:16 am

Eighteen Syrian women are learning to cook Turkish food as a part of a project initiated by the Food and Agriculture Organization (FAO) of the United Nations to increase intercultural communication.

The project is being carried out by İzmir University of Economics' Department of Gastronomy and Kitchen Arts with the support of İzmir's Provincial Directorate of Agriculture and Forestry. The project aims to enable refugee women who came to the city to build a new life through learning a profession. The project also features seven Turkish women as well.

The women are being trained by renowned chefs and first learn how to cook traditional Turkish soups and desserts as well as meals featuring meat, fish and vegetables. The project is scheduled to end in two months, and the Syrian women will have a chance to work as interns in the restaurants.

Speaking to the press, Betül Öztürk of İzmir University of Economics said the project is a first in Turkey.

"Our primary aim is to employ refugee women and increase intercultural dialogue between the residents of Turkey and the refugees. Thanks to the project, Syrian women are now familiar with Turkish cuisine. The women are happy to be a part of the project. They will also have a chance to practice what they have learned. We want them to sustain themselves without needing anyone's help," Öztürk explained.