Some of Football's most controversial goals 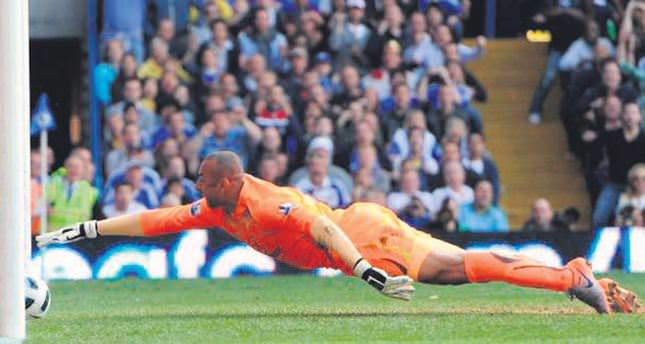 With the world cup here, fans around the world will be on the edge of their seats, but some pessimist will be biting their nails, remembering controversials highlights of the past

The goal that never was

44 years after Hurst's much debated ghost goal, it almost seemed as though history was about to repeat itself as Frank Lampard, twenty yards out, blasted the ball only to hit the crossbar before bouncing over the line. It was Deja vu, as the referee and linesman argued. This time however, the Germans cheered with relief and gained some consolation as the strike gained the titled the "goal that never was."

It is the 1986 FIFA world cup, six minutes in to the second half of Argentina v England, Maradona passes the ball to Valdano which is intercepted by Hodge giving Maradona time to make his way to England's penalty area. As England's goal keeper Peter Shilton comes out to greet Hodge, Maradona reaches it first and with the outside of his left fist, knocks it beyond Shilton and into the net. Referee Ali Bin Nasser, who is rather inexperienced along with his linesman, fail to see the infringement and let it pass as a goal.

Les Mott ram's name is a curse in the homes of Dundee United supporters. 1993 Scottish Premier League front man Conolly smashes the ball into goal, the ball hammers against the back goal support and bounces out of the goal - an unquestionable goal.

Relief soon turns to fury as the referee inexplicably waves to play on, letting the blatant handball slide in the process. This is by far the most unfathomable, skin crawling disallowed goals on record.

Ghost goals are otherwise known as phantom goals and sometimes the lack of acknowledgement of a goal is not uncommon in football.

Not a year had lapsed before Lampard once again found himself at the mercy of the referee. It was the 2011 Premier League season, a Chelsea v Tottenham game and another goal line controversy was born. This one was however far more ambiguous and debatable than the previous year's. The decision the linesman had to make was one that was going to have him remembered for some time to come. The midfielder's shot was fumbled by errorprone Hotspurs goalkeeper Gomes as the shot-stopper scrambled to keep it out of the net. Despite replays showing the ball had not gone over the line, the officials allowed for the strike to stand. The visitors left Stamford Bridge empty-handed after a 2-1 defeat.

It was July 30th 1966, Wembley Stadium, the World Cup Championship and West Germany was versing England. The British legend Geoff Hurst kicked the ball and half the crowd went wild while the other half gasped for air and both sides held their breath. The ball struck the top cross bar and speedily made its way down as it spun out. Was it in or was it out? The 96,924 fanatic fans waited for what must have seemed like hours as referee Gottried Dienst rushed over to his assistant linesman, Tofik Bakhramor to get a second opinion. Geoff Hurst had scored the goal and made it into the history books, he had not only just performed the only hat-trick goal in the history of World Cup football and given the English football team its only World Cup win thus far, but he had also opened the flood gates to a large debate. That ghost goal is to this day still debated over and watched on YouTube over and over again - many viewers seeing only what they want to.
Last Update: Jun 13, 2014 1:21 am
RELATED TOPICS