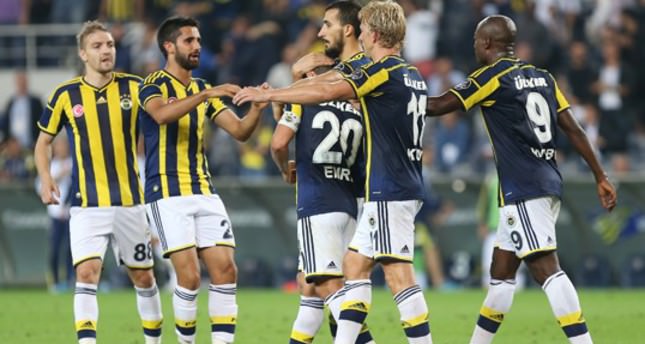 by Daily Sabah Sep 23, 2014 12:00 am
Turkish giants Fenerbahçe have finally agreed to join the Passolig ticketing system after initial resistence. Passolig is a revolutionary seasonal pass which will "end the era of tickets for football games" to allow for "a safer atmosphere for all fans." The Turkish club will enter the system conditionally. As of Sunday, Fenerbahçe was the only team which did not join the Passolig system in Turkey. Fenerbahçe did not accept to join the Passolig system because it already had a contract with another bank for a "fan card" system. So, the club refused to make another contract for Passolig card. "A limited contract which includes only ticket sales has been signed" the club said in a statement.

The club also said that they would negotiate on transitory solutions with Turkey's Football Federation. It is expected that the Passolig system will be carried into effect in next week's Fenerbahçe-Torku Konyaspor match which will be played in Fenerbahçe's Şükrü Saraçoğlu stadium. The total number of Passoligs sold has reached nearly 300,000 and Galatasaray fans are the leading Passolig owners, followed by Beşiktaş fans. Passolig claims to be more than just a pass for fans as it can give discounts at various retail shops and transportation and is extremely affordable at 15 lira compared to 75 lira for its counterparts. With Passolig, the clubs' possible economic damage will be prevented by stopping gate crashers from entering stadiums. Moreover, it will prevent hooligans from disturbing the peace and stirring up trouble at matches.
Last Update: Sep 23, 2014 10:24 am
RELATED TOPICS