Beşiktaş aim to repeat their huge victory over Partizan 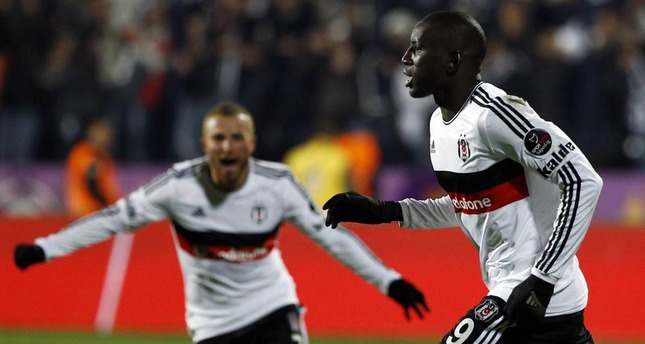 by daily sabah
Nov 06, 2014 12:00 am
Beşiktaş will play Serbian side Partizan Belgrade in the UEFA Europa League Group C match tonight at Ataturk Olimpiyat Stadium in Istanbul. The Turkish powerhouse claimed its first Europe League group stage victory on Oct. 23, handing Serbia's Partizan its heaviest European home defeat to date with a 4-0 drubbing. In today's match Beşiktaş's head coach Slaven Bilic is expected to replace goalkeeper Tolga Zengin with Cenk and Necip with İsmail Köybaşı. According to Turkish media, Bilic will set the team's midfield with Veli Kavlak, Atiba Hutchinson, Oğuzhan Özyakup, Gökhan Töre and Olcay Şahan. He is expected to assign Demba Ba to play as forward. In the previous matches, the Black Eagles drew with both Asteras and Tottenham 1-1. Beşiktaş share the lead with Tottenham Spurs, which won 5-1 against Greek side Asteras Tripolis in London in Group C. The Spurs and Asteras will play again in two weeks' time as Tottenham will travel to Tripoli, Greece, today. Victory in the return match would put the Tottenham well on their way to progressing from the group stage.