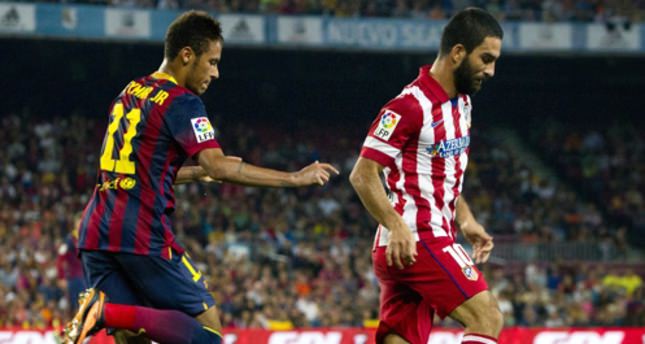 Turkey play an international friendly against the world’s most successful national team, Brazil

Turkish football fans will have opportunity to watch the five-time world champions Brazil in Şükrü Saraçoğlu stadium, Istanbul when the South Americans take on Turkey. Both sides go into the game under a cloud with Turkey struggling in European Championship qualifying while Brazil are still licking their wounds after their 7-1 humbling by Germany in front of their home crowd at the World Cup this summer. Turkey coach Fatih Terim believes pitting his side against the world's best teams can only do his side good and is looking forward to today's clash.

"To play against Brazil is very prestigious for us," said Terim. "In our country there is a lot of sympathy toward the Brazilian national football team. We all feel close to them even though they are geographically far away from us. We support them in the World Cups. Whatever the result will be, I think the match will be useful for our players. The match will be broadcast in 70 countries. This is a good thing for our country."

Turkey have played against Brazil in the past while having Terim at the helm, a memory that is still strong for the legendary coach. "That match resulted with a 0-0 draw," said Terim. "Moreover, Claudio Taffarel was then in the rival Brazil team as a goalkeeper. He is working now for Turkey as a trainer. He is a world-known sportsman. I would like to see Galatasaray's Brazilian star Felipe Melo in my squad. I wish Melo played for us. I'm sure Melo would like to. We only want to get the best result that we can get. We always want to play friendlies against big teams like Brazil. And we may soon also play against Argentina."

Terim called on supporters to act as a 12th man for his team that is looking for a boost in morale after gaining one point from three games in their Euro2016 qualifiers. "The Turkish team's international level is not considered sufficient. We must make more of an effort in physical and tactical terms," said Terim. "We have got bad results in the last three matches. We will play against the Netherlands in a qualifying group match. We must not accept defeat. We have five more matches after that. The national team jersey is sacred. We need our supporters in every match and playing for the Turkish national team must be deemed special every time."

Playing Brazil may not be the best way to raise morale considering the amount of quality the South Americans possess. As the world's most successful team, the Brazil squad has an estimated worth of more than $600 million. Brazil have won the World Cup five times, in 1958, 1962, 1970, 1994 and 2002. Brazil's most expensive footballer is Neymar da Silva Santos Junior, worth $87 million. He was transferred to Barcelona from Santos last summer. David Luiz, who was transferred to Paris Saint Germain from Chelsea is the most expensive defender in the world. Paris Saint Germain paid Chelsea $62 million for his services. Another Brazilian star Oscar is worth $45 million. In short, Turkey may struggle against the world's most expensive players.

Turkey's most lauded footballer is Arda Turan who plays for Spanish powerhouse Atletico Madrid. He is currently estimated to be worth $40 million. The Turkish national football team is estimated to be worth over $220 million. Brazil are the only team that have managed to qualify for every all World Cup tournament. Turkey and Brazil have met each other five times in the past. The first match between the two sides, which was also a friendly, was played in 1956. Brazil have won three of the five matches and have drawn the rest. Turkey have yet to win against Brazil, with the latter netting six times in previous clashes while Turkey have found the net three times. Both teams will play for the first time in Istanbul since 1956. Brazil won the match in 1956 1-0 against Turkey.