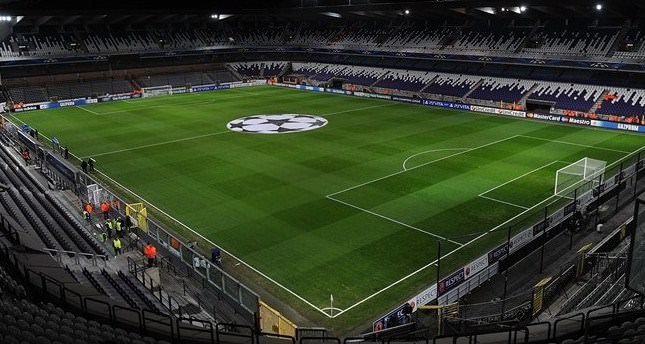 Ahead of their Champions League match against Galatasaray, Anderlecht have put in a new ticketing system where those who have not bought a single ticket over the last three years won’t be able to buy a ticket for the match

Turkish football giants Galatasaray will play a critical Champions League match on November 26 against Belgian rivals Anderlecht in Group D. But, Anderlecht have drawn attention thanks to a strange ticketing system for spectators who intend to watch the game.

According to the new system imposed by the Belgian club, those who have not bought a ticket in the last three years have not been recorded in the club's system and won't be able to buy a ticket for the Anderlecht-Galatasaray match.

Belgian newspapers wrote that Anderlecht put the controversial system into practice to deter Galatasaray fans. One of the most-circulated newspapers in Belgium, La Derniere Heure said, "Those who are not supporters of Anderlecht will not be able to buy tickets. The club adopted this system just because they don't want any Galatasaray fans at the match. Considering so many Turks live in Belgium, the club adopted this method to prevent Galatasaray fans coming to the stadium. However, the club's administration alleged that they adopted the system for security issues."

The conservative newspaper La Libre Belgique wrote, "A little problem in Belgian football. Anderlecht put a system into effect against Galatasaray fans. But they may be accused of discrimination. It is not acceptable to prevent rivals' fans from coming to the stadium."

Using the headline "Discrimination for security," Le Soir also said, "This can cause so many stirs in the future. It is interesting that Anderlecht justify this move on the grounds that they provide security. Belgian authorities are keeping their silence over the issue. It is an object of curiosity how UEFA will react to such an attitude."

Anderlecht's Constant Vanden Stadium workers said so many people who wanted to buy ticket came up empty handed because of the new system.

Borussia Dortmund and Galatasaray were fined for crowd disturbances in their Champions League fixture earlier this month. The Group D encounter at Signal Iduna Park on November 4, which finished 4-1 in favour of Dortmund, had to be halted twice after flares and firecrackers were thrown onto the pitch by supporters.

Earlier this month, UEFA confirmed that disciplinary proceedings would be opened against the two teams, with Dortmund charged with throwing objects and insufficient organisation and Galatarasaray with crowd disturbances, field invasions by supporters and the setting off and throwing of fireworks and missiles.

Subsequently, the Turkish giants have been hit with a hefty 70,000 euro ($87,000) fine, while Bundesliga outfit Dortmund were sanctioned to the tune of 32,000 euros ($40,000). A statement from UEFA read: "Galatasaray have been fined 70,000 euros; the Turkish club has also been ordered to contact Borussia Dortmund within 30 days for the settlement of the damages caused by its supporters."

Galatasaray were also charged for a similar incident in their Champions League meeting with Arsenal in October. The Galatasaray administration said yesterday that they would object to UEFA's decision. The Turkish club's vice chairman Hamdi Yasaman said, "We were guests, Dortmund were the host team. The securtiy matter should have belonged to the host team. The German police had to be held responsible. The fine is very high, not fair, nor balanced. There were crowd disturbances but we should have been excluded."