Prandelli’s head on the block after 3-0 defeat 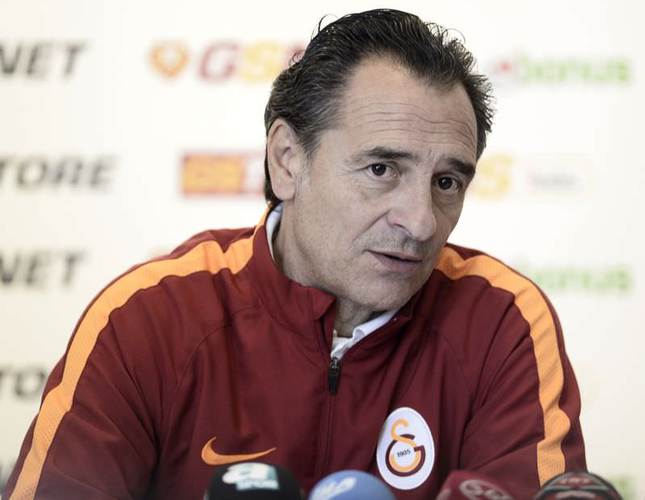 by Kenny Laurie
Nov 23, 2014 12:00 am
Cesare Prandelli's miserable reign as Galatasaray coach hit another low on Saturday as his side were humbled 3-0 at home to the resurgent Trabzonspor. Headlines predicting Prandelli's eventual sacking have been ubiquitous since his first game in charge of the club, when Gala lost the Super Cup to Fenerbahçe on penalties. Prandelli is said to be fired but the club is mulling his heavy compensation according to the sources close to the club administration.

A slow start to the league put on early pressure before back-to-back 4-0 defeats to Borussia Dortmund and Kasımpaşa and another humbling to Dortmund in Germany made his position almost untenable. Prandelli is unpopular with an expectant fan base while the team's style of play tends to lurch from positive but ineffectual possession to morbid collapse. To make matters worse, the Italian also alienated much of the fan base after dismissing the importance of the Champions League - a competition dear to the heart of many Cimbom fans.

Saturday's hurting by Trabzonspor would appear to be pouring fuel onto an explosion. However Prandelli remains in charge of the side. Gala still remain well in the title hunt with 19 points while the side dominated Trabzon in the first half before melting down in the second half, where Carl Medjani grabbed a pair before Yusuf Erdoğan finished off the game with a superb solo effort. The Italian didn't try to gloss over Saturday's loss, apologising to the fans while claiming that managers are the only ones that criticised after defeats.

"We started well but we turned off the lights later in the game," said Prandelli. Answering the question about the reaction from the fans, Prandelli said, "We are extremely sorry for our fans. We respect them. When we lose a match, every time it's the coach at fault. And I accept to my guilt."

On the other bench, Ersun Yanal - rather prematurely dubbed "Turkey's Mourinho" in one paper - couldn't have enjoyed a better start to life at Trabzonspor after replacing Vahid Halilhodzic. He said, "We could have outscored our rival more. And we must have...We knew if we played with energy in the forward line we could win, Galatasaray would fail. We have a talented team. But it will take time for a team which can play in a way that I desire. We will work hard to win titles in three categories, the league, Turkey Cup and UEFA Europa League."
Last Update: Nov 24, 2014 10:00 am