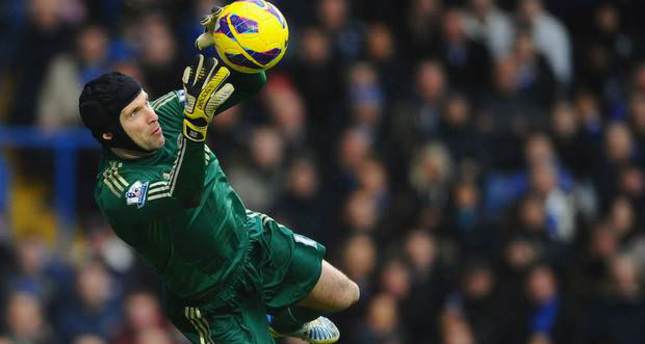 by daily sabah Nov 26, 2014 12:00 am
Beşiktaş are believed to be in the hunt for an unnamed Chelsea player, although the club have rejected the notion that the player is star goalkeeper Peter Cech, according to the Daily Express.

Club president Fikret Orman claims that Beşiktaş has a deal already in place with Chelsea over a player that was expected to be Cech but is now thought to be Mohammad Salah, a midfielder who has struggled to fit in after signing for 11 million pounds.

"We are going to make a few signings during the transfer window.

"We will sign a right-back and a center-back, both will be foreign, also we will invest in a young forward," said Orman.

"We are not interested in Peter Cech but we are working together with Chelsea to sign a player.

"We have not held talks yet however, Chelsea have recently made an agreement with Beşiktaş.

"If Cech does become available Beşiktaş would become a potential destination for Cech and I would support such a move."

Out-of-favor Egyptian star Salah is likely to move either permanently or on loan.

Beşiktaş have recently dealt with Chelsea after signing Demba Ba in the summer, a successful switch that has seen the Senegalese fire in 12 goals in 15 games helping Beşiktaş to the top of the Turkish Super League.