Galatasaray prepare to break run of away losses 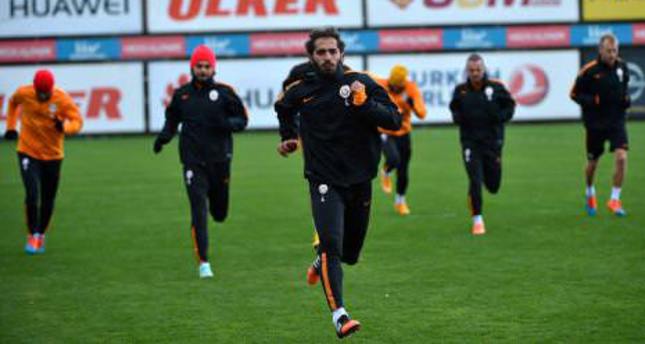 by Daily Sabah Nov 26, 2014 12:00 am
After weeks of humiliation, Galatasaray will be looking for some respite in a tough away encounter at Belgian club Anderlecht. The last time the two sides met, Gala were looking forward to a new season under the tutelage of one of the world's most reputable managers in Cesare Prandelli. But after a 1-1 draw at home, in a game Galatasaray were expected to win comfortably, thanks to Burak Yılmaz's last-gasp equalizer was the first in a chain of disappointing results. Both teams prop up Group D as they battle for a place in the Europa League. Since then, Cimbom has only grown more disillusioned. There was a change in chairman after Ünal Aysal decided to step down after a string of poor results while coach Prandelli has almost miraculously - considering Galatasaray's history of itchy trigger fingers - stayed in a job despite heavy defeats to Borussia Dortmund, twice, Kasımpaşa and Trabzonspor. A win would go a long way to repairing broken morale, although fans needn't be confident ahead of the clash. Cimbom have lost their last five away games in the Champions League and six of their last season while conceding eight goals in their two away games so far this season. Only one Turkish team has gone to Anderlecht and won in European competition, with Fenerbahçe grabbing a 2-0 win back in the 2007/2008 Champions League qualifiers. Galatasaray will be without Blerim Dzemaili who is serving a one-game suspension while Felipe Melo is a yellow card away from serving a suspension.