Galatasaray crash out of Europe 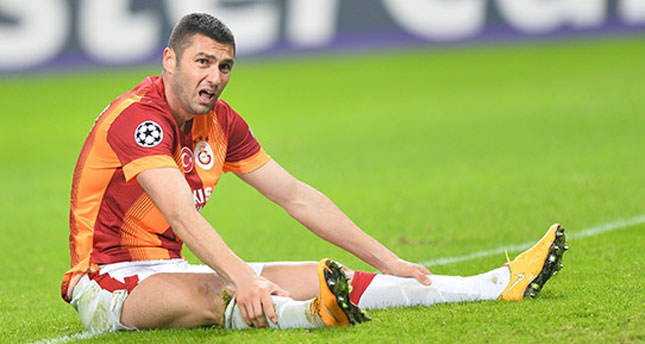 by Kenny Laurie
Nov 28, 2014 12:00 am
Istanbul giants which is known as the "Conqueror of Europe" by their fans, crashed out of European competition on Wednesday after losing 2-0 to Anderlecht, another low in a so far miserable season. Once again, coach Cesare Prandelli once again found himself apologizing for a defeat and accepting responsibility, rather than pushing it onto his players. According to Turkish media, although Prandelli said he would go on with his job, it is believed that the Galatasaray administration will hold an extraordinary meeting to determine his fate. According to the club sources, Gala administrators will terminate his contract after the Turkish Super League match against Gaziantepspor at the weekend. The Gala administration is said to meet and evaluate Prandelli's departure ahead of the weekend. After Prandelli has gone, the administration is expected to assign to the top job a new coach who knows Turkey and the Super League well. The possible names so far have been named as Tugay Kerimoğlu, Hikmet Karaman, Mustafa Denizli and Saffet Susic. The Italian does at least now have his wish to concentrate on the domestic league rather than concerning himself with European trophies he feels his team can't win.

Self-fulfilling prophecy or not, Galatasaray were as good as their coach's word, falling out of the Champions League without so much as making a blip on the competition's radar. Cimbom meekly fell to the Belgians who won with two goals from Chancel Mbemba, who won just their second home game in the competition since 2002.

Prandelli talked of regret after leaving the Champions League without a win - although they still have a home game against Arsenal - but backs his players to bounce from the defeat.

"We will continue on our way even though we are sad to leave European competition - but we are professionals and I will not give up. I take full responsibility for this defeat. It was a good Galatasaray tonight. It was a pity to concede the first Anderlecht goal on 44 minutes," said the Italian.
"In the second half we tried to match Anderlecht and we could have equalized, but then we went down to ten men and everything became more complicated. Yes, there are tensions. It is normal that there is a bit of irritability. Players are human, they have feelings, they know we are going through a very difficult moment and they want to give more than what they currently can - because they care."

Galatasaray seldom bothered Les Mauves with only Wesley Sneijder threatening. As well as orchestrating the attacks, the Dutchman also sent a free kick narrowly wide. Rarely would they come so close.

An Aleksander Mitrovic header went just over the bar for the hosts before Steven Defour watched his volley hit one post before the ball crawled across the goal line en route to hitting the other post. The pressure reached breaking point when Mbemba flung himself at Mitrovic's flick on from Ibrahima Conte's cross. Galatasaray did present more of a threat in the early stages of the second half with Selçuk İnan going close from a free kick while Burak Yılmaz and Hamit Altıntop both forced saves.

The home side bent but didn't break, and they snapped back with ferocity when Mbemba put the game to bed with a late goal.

Anderlecht's two-goal hero Mbemba was a relieved man after securing his side's place in the Europa League after guaranteeing third place in the group.