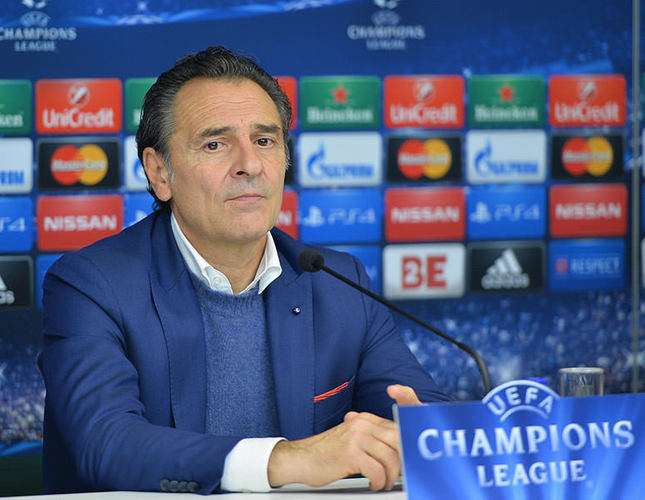 The blame for the club's poor performance this year has been squarely put at the feet of the Italian, who joined in the summer after being knocked out of the World Cup with Italy.

The Istanbul giants have offered the top job to their former player and current Turkey assistant manager Hamza Hamzaoğlu. Having confirmed the offer, Hamzaoğlu said "It's not official yet but I accepted the offer. The administration will still discuss the matter. However, I have a contract with the Turkish Football Federation. If they approve my leaving, I can work with Galatasaray."

Galatasaray have not made a good start to the 2014-2015 season. The team lost to rivals Fenerbahçe in the Turkish Super Cup in the opening game of the season before the team struggled in the domestic league and in the UEFA Champions League, suffering heavy defeats to the likes of Borussia Dortmund, Trabzonspor and Istanbul Başakşehir. The first blow to the "yellow-reds" came from the league's underdogs Balıkesirspor, before they were beaten by Arsenal 4-0 in a Champions League group match. Unfortunately, the slump did not stop there. Galatasaray were then defeated 4-0 by Dortmund in Istanbul, and just four days later they lost 4-0 again to a mid-table Istanbulite team, Istanbul Başakşehir. On Wednesday, Galatasary were eliminated from the Champions League after losing 2-0 to Belgian club Anderlecht.

Despite their poor results, the club are in third spot in the Turkish Spor Toto Super League with 19 points, just a point behind their rivals Fenerbahçe and Beşiktaş. The club have promoted assistant manager and a club legend Claudio Taffarel, who will take charge of the domestic league match against Gaziantep on Saturday.