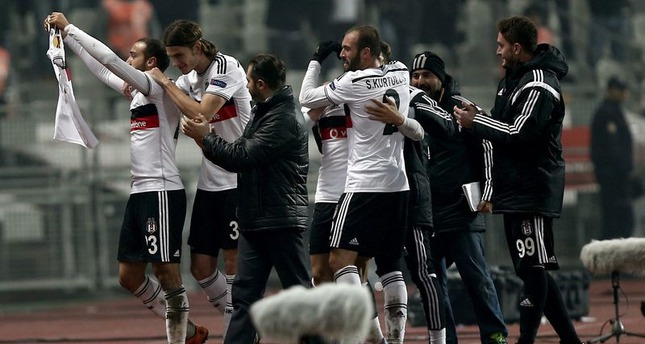 by Dec 11, 2014 12:00 am
Tottenham crashed 1-0 at lively Beşiktaş on Thursday night, a result which gave the Turkish side a top place finish in Europa League Group C.

Beşiktaş finished top with 12 points, one more than Spurs, who also qualified for the knockout stage.

The decisive clash in Istanbul was twice delayed by floodlight failure. The only goal came in the 59th minute when Cenk Tosun broke the deadline by turning in a centre from Olcay Şahan, straight after hitting the Spurs crossbar himself.

Meanwhile, Borussia Moenchengladbach clinched top spot in Group A with a 3-0 defeat of Zuric, with Villarreal finishing second after winning 2-0 at Apollon Limassol.

In Group B, Club Brugge finished top with a 2-1 defeat of HJK Helsinki, while Torino claimed second place with a 5-1 rout in Copenhagen.

Other teams to qualify for the round of 32 from Thursday's early games were Inter Milan, Celtic and Dynamo Moscow.