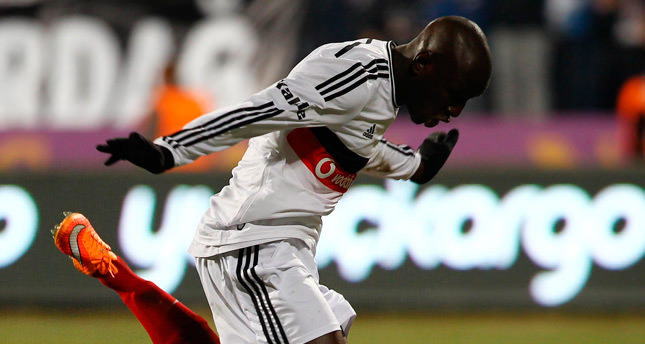 After 2-2 draw against Bursaspor, the Lions now sit in third place in the league table while archrivals Fenerbahçe and Beşiktaş each increased their gap at the top

One of the powerhouses of Turkey's Super League is a facing a bitter obstacle in their pursuit for the league title. While league leaders Fenerbahçe and second-placed Beşiktaş contined the winning ways, Galatasaray barely snatched a 2-2 draw against Bursaspor at the Turk Telekom Arena on matchday 18 game played on Sunday night.

In the 19th minute, Galatasaray scored the opening goal of the game with Turkish target man Umut Bulut smashing a header into the goal after winger Olcan Adin whipped a cross in from the left. Toward the end of the first half, Bursaspor's Turkish winger Volkan Sen scored the equalizer inside the box on a one-on-one, with Argentine midfielder Fernando Belluschi making the assist. In the 53rd minute, Bursaspor came back when their Brazilian striker Fernandao scored from a corner kick to make the score 2-1.

With 10 minutes to go, Galatasaray were awarded a penalty kick when Volkan Sen handballed in the box and was shown a red card. Galatasaray midfielder Emre Çolak converted from the spot to bring the scoreline level at 2-2. In the remaining time neither side was able to change the score, and the match ended 2-2. The Bursaspor players were not happy with the draw against powerhouses Galatasaray. Bursaspor's midfielder Şamil Çinaz said, "We missed four goal opportunities in the first 15 minutes. We conceded an unlucky penalty goal. I think two points were wasted for us. We are highly self-confident team. Our goal is the top spots." Bursaspor's Brazilian player Fernando also said, "Galatasaray games are always difficult. We played well for the most part of the game. We did our best. Little details determined the result of the match." The Lions are now sat in third place in the league table while archrivals Fenerbahçe and Beşiktaş each increased the gap at the top.

In the meantime Beşiktaş won against Mersin İdmanyurdu 2-1 in Ankara. Beşiktaş midfielder Olcay Şahan scored the opening goal for his team in the 30th minute before Mersin İdmanyurdu replied back through their Turkish striker Sinan Kaloğlu in the 61st minute.

Four minutes later Besiktaş's star forward Demba Ba scored the winning goal for The Black Eagles, allowing them to keep pace with league leaders Fenerbahçe. Beşiktaş's Senegalese striker Ba continues to shine. He has now scored 13 of his 19 goals in the second halves of games. He found the net against Mersin İdmanyurdu and raised his goal tally for the season to 19. He also played effectively in the second halves of European games. He is having the best season of his career at Beşiktaş. If the Senegalese scores one more goal, he will set his career record for goals in a season.

Top of the table Fenerbahçe toppled Kardemir Karabükspor 2-1 in an away match on Saturday. The scorers for the victorious side were Turkish midfielder Selçuk Şahin and Nigerian striker Emmanuel Emenike. Kardemir Karabükspor's single goal was scored by Burkinese Abdou Traore. The Yellow Canaries raised their points total to 42.