With an end to trophy drought Mourinho seeks further titles 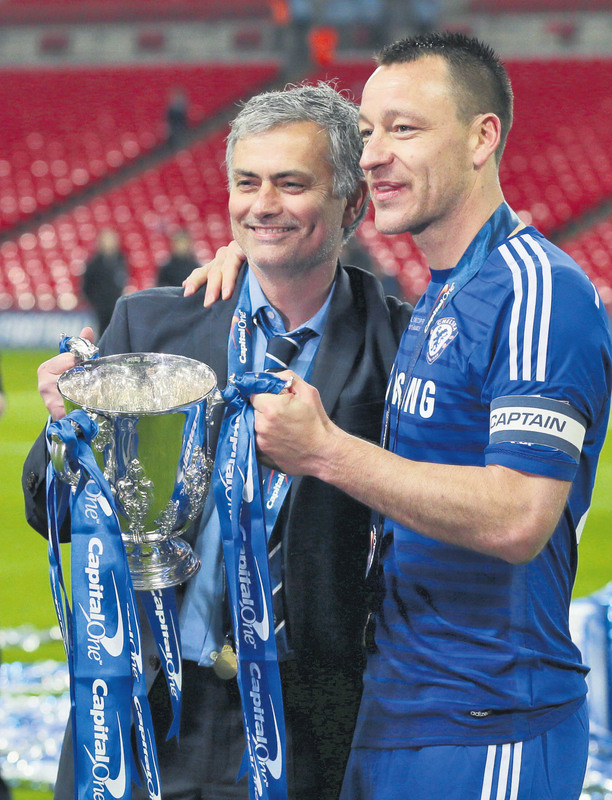 by Associated Press Mar 02, 2015 12:00 am
A decade on from the first trophy from the Roman Abramovich-era, Chelsea collected the League Cup with just three survivors from the 2005 matchday squad. After scoring the first goal in the 2-0 victory over Tottenham, captain John Terry was followed up to the Wembley Stadium royal box by goalkeeper Petr Cech and striker Didier Drogba on Sunday. Then came Jose Mourinho to raise aloft the trophy the same one that kick-started his trophy-laden first spell as Chelsea manager in 2005. "It's given us a taste of where we want to be at the end of the season, lifting more trophies obviously," Mourinho said. "This is our first one collectively, and looking back in 2004-05 it definitely had that effect on the squad. Hopefully it can have the same effect again to this new and upcoming squad." Mourinho sees this as a new era for the Blues in his second season back. "It's the first (trophy) of a new team," Mourinho said. "You have Petr Cech, John Terry, Didier Drogba and, after that, everybody belongs to a new generation of players."

Such as 20-year-old Kurt Zouma, who was pushed forward into midfield as a defensive shield as Nemanja Matic was suspended for the final, and helped Chelsea stifle Tottenham striker Harry Kane. And Eden Hazard, fresh from signing a new contract until 2020, helped to unsettle the north London club with his dribbling and creativity. It was Diego Costa's strike deflected in by Tottenham defender Kyle Walker that ensured Chelsea would take its first trophy since the 2013 Europa League back to Stamford Bridge. Further success could come on two fronts this season. In the Champions League, Chelsea is locked at 1-1 with Paris Saint-Germain after the first leg of their round of 16 match. In the Premier League, Chelsea has a five-point lead over Manchester City and now with a game in hand after the champions lost at Liverpool on Sunday. After Mourinho's longest trophy drought Sunday's success came almost three years after his 2012 Spanish title triumph with Real Madrid the relief for the Portuguese manager was evident at Wembley. "Two seasons without a trophy ... looked like I was 20 years without a trophy," the 52-year-old Mourinho said. "This is a good problem, to have that feeling that two years is a long time. That's a good feeling. "For me, it's important to feel that I'm a kid. Before the game, that I had the same feelings as my first final however many years ago."
Last Update: Mar 02, 2015 10:20 pm
RELATED TOPICS