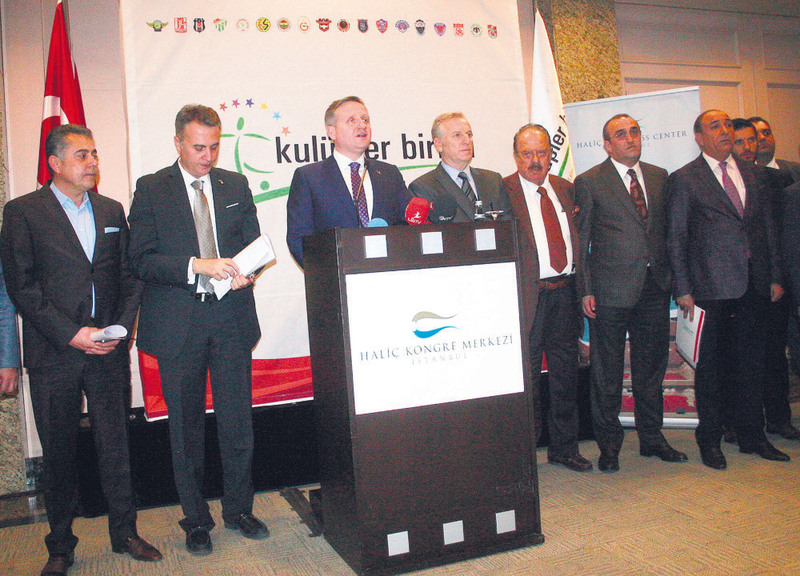 by Daily Sabah Mar 12, 2015 12:00 am
The Turkish Super League has taken another step toward adopting a model similar to that of the Premier League, according to the Turkish Union of Clubs President Göksel Gümüşdağ. "The union of clubs have agreed that the league television revenues, sponsorship and other financial agreements should be managed and distributed among the clubs by the league as is the case in the Premier League," Gümüşdağ was quoted as saying by turkish-football.com. "It is time for a reform, the Super League will form an independent company aimed to manage the league." The deal would cut out the Turkish Football Federation (TFF) from receiving television revenue. The current Turkish broadcasting deal with telecommunications company Digiturk distributes only 35 percent of total income equally, while 45 percent is distributed based on performance and 10 percent goes to the Turkish Football Federation (TFF). The TFF would cease to receive broadcasting revenues under the new system. The Premier League currently boasts the most egalitarian television revenue sharing model in European football. And considering the league's global ubiquity and status as the most popular sports league in the world would suggest the model is a good one.

Of the U.K. broadcasting revenues, a total of 50 percent is shared equally among all the teams in the league while 25 percent is merit-based sharing depending on a team's final position in the league table. The other 25 percent is distributed according to how often a team appears on live television, which obviously favors the bigger teams, although efforts are made to make sure that every team is given live television spots. All money made from overseas television deals, which last season worked out to nearly a billion pounds, is shared equally among all 20 teams. With regards to the merit-based pay outs, last season Manchester City, the league champions, were given 24 million pounds for winning the league while Cardiff City, who finished at the bottom of the table, received just 1.2 million pounds, although they benefit from two years of "parachute payments" from the Premier League to help them cushion the blow of losing out on the Premier League windfall after relegation. Back in the 2010/11 season, before the Premier League's recently unprecedented TV rights deal was signed, the champions Manchester United received a total of 60.4 million pounds of the TV revenue while bottom-placed Blackpool received 39 million pounds.
Last Update: Mar 12, 2015 1:14 am
RELATED TOPICS