Bilic: We can qualify for the quarter final 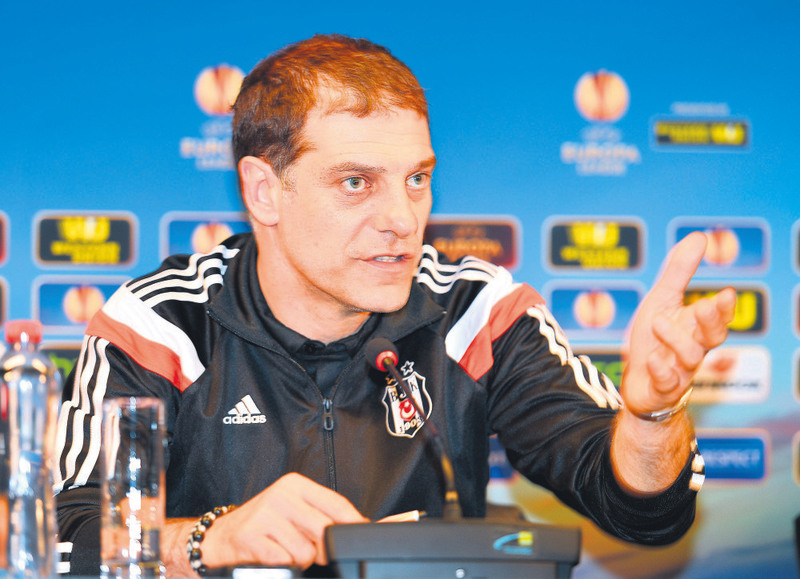 Despite going in front with Gökhan Töre's superb goal, Brugge fought back from a goal down to defeat Beşiktaş 2-1. Black Eagles Coach Bilic stressed that they have a great chance of qualifying for the quarter final in a return game in Istanbul

Beşiktaş took the pitch at the Jan Breydel Stadium in Brugge with great hope and self-confidence on Thursday. The Black Eagles dominated in the first half according to most sports commentators, and managed to score a very precious goal in an away match. However, the Belgian outfit balanced the game after Beşiktaş's goal, and came from behind to earn a 2-1 victory over the Turkish team in the first leg of their Europa League last 16 tie.

After a quiet opening eight minutes, there was a momentary delay when a rogue sprinkler broke rank to give the pitch a mid-match soak, but it was Club Brugge's joy that was dampened when De Sutter saw a 13th minute goal ruled out.

Gökhan Töre had fired for the Turkish side at 26 seconds into the second half, but Tom De Sutter slid in just after the hour mark to convert his team's first effort on target. And a 79th minute Lior Refaelov penalty ensured that the hosts head into the second leg with a valuable advantage. De Sutter had earlier seen a goal disallowed during the first half that offered little by way of entertainment. Töre's strike almost immediately after the restart sparked the game into life, and Beşiktaş looked set to build on their victory as Senegalese striker Demba Ba probed the home defense. However, De Sutter restored parity in the 62nd minute before Felipe Gedoz was felled in the box to present Refaelov with the chance to snare victory. The Israel international duly dispatched into the bottom right-hand corner to earn the home side a hard-fought win. The Belgians now have the advantage in the second leg of the tournament that kicks off on March 19 in Istanbul.

Yet, Beşiktaş coach Slaven Bilic spoke with optimism after the match, stating that they would qualify for the quarter final in the Istanbul match. "We performed a balanced play until 1-1. We conceded a goal unluckily," said the Croat. "After 1-1, we had difficulties during the game. We found the net in the early second half. We could have pulled the rivals' plug if we had found another goal during the first quarter of the second half. We caught good opportunities, but we could not make use of them. The penalty decision was faulty. They dominated the game thanks to long balls, but we are still assertive and have a serious chance to qualify. We want to win in our home and qualify for the quarter final."

He added: "We proved so many times that we can succeed at many things at our home. We have a great deal of chance. Brugge have a good away match record, but I want to imply on and on that we have a handsome chance to qualify."

Demba, on the other hand, criticized the Belgian outfit's game style. "They played with long balls. In the British Premier League, the teams in the minor leagues play like that," he said, emphasizing that he would play more affectively in the second leg. Also notable, Turkish Football Federation Chair Yıldırım Demirören watched a Beşiktaş game live for the first time since he resigned from the Beşiktaş presidency three years ago.

Elsewhere, Wolfsburg produced a thrilling comeback to defeat Inter Milan 3-1 in the Europa League round of the 16's first leg, while holders Sevilla won by the same score away to Spanish rivals Villarreal. Sevilla's Vitolo opened the scoring with the quickest goal in Europa League history, inside 14 seconds before further strikes from Stephane M'Bia and Kevin Gameiro made the win safe. Villarreal had briefly reduced the deficit to 2-1 through Luciano Dario Vietto.