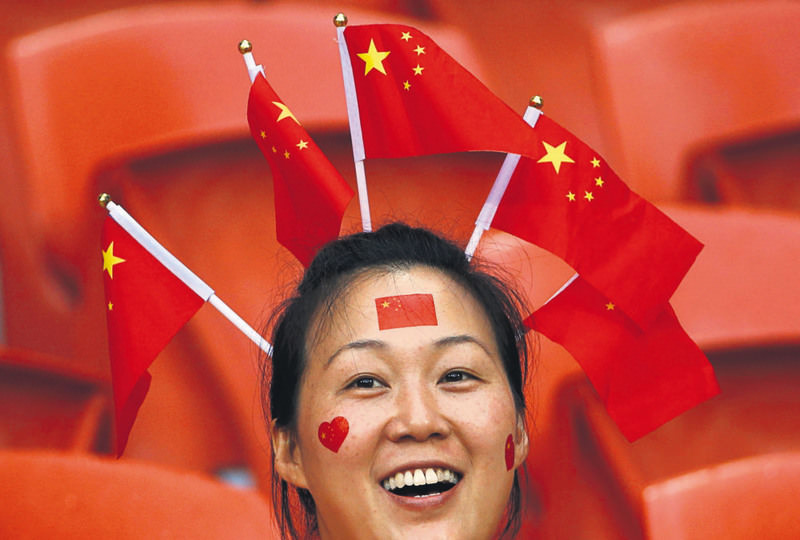 by Mar 18, 2015 12:00 am
China has set out its aim of hosting a World Cup and raising the competitiveness of the national team in a sweeping policy document that seeks to revitalise a sport damaged by match-fixing scandals and poor performances on the pitch. China has worked since 2009 to promote grassroots football and crush illegal gambling syndicates but its soccer reform and development plan said, "Our football is still lagging, compared to the rapid development in Asia and the world." The plan was approved last month at a meeting chaired by President Xi Jinping, an avid football enthusiast. It said China's short-term goal was to "improve the environment and atmosphere" of the sport, and the country would focus on attracting younger players. In the long term, it aims for mass participation in football, with the creation of an "advanced" league system in China, to help improve the international competitiveness of the national men's team. It would also, "Proactively apply to host the World Cup" it said.

China reached the quarter-finals of the Asian Cup in Australia in January after winning all three of their group matches, a performance the country's anti-corruption watchdog called a direct result of a gambling crackdown. The campaign against soccer corruption has seen at least nine officials, four judges, 13 footballers or coaches and 17 club workers jailed or punished since 2009. China's national team are now ranked 83rd in the world, the seventh-best in Asia. They have qualified for the final stages of a World Cup only once, in 2002.

China's plan shows its commitment to becoming a football powerhouse, but reform will not be easy, said Cameron Wilson, editor of Wild East Football, a website covering Chinese soccer. "It shows they are deadly serious about it, but the problems inside Chinese football are deeply ingrained," he said.