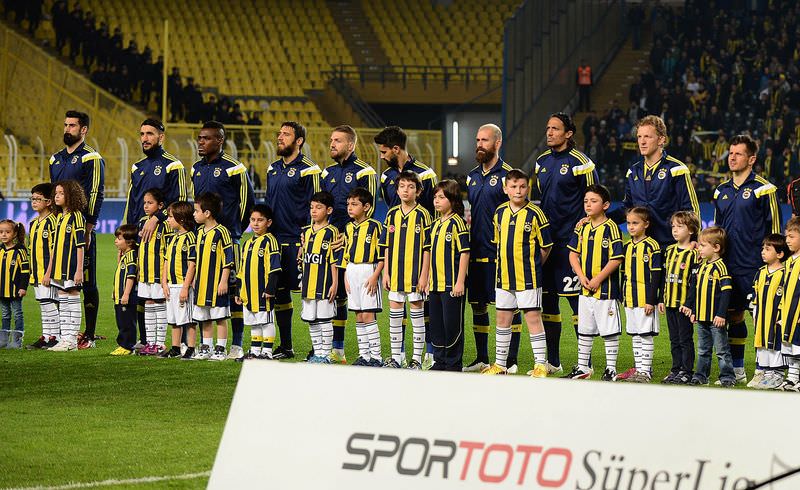 | Photo: IHA
by Daily Sabah Mar 21, 2015 12:00 am
As one of the most intense football rivalries in the world, all eyes in Turkey were on the derby played between Fenerbahçe and Beşiktaş on Sunday, which started at 8pm local time. Fenerbahçe scored in the 91st minute to move them into third place. In doing so, they've put themselves right back into title hunt closing the gap between first place Galatasaray to 2 points and second place Beşiktaş to 1 point.

The ferocious game was played at Şükrü Saraçoğlu stadium in Istanbul.

In the 30th minute, the match was stopped for a period as a result of the reaction which Fenerbahçe striker Emmanuel Ermenike received from fans. Some fans were critical of Ermenike when he missed a couple of goal-scoring chances, to which he responded by taking off his uniform and leaving the field.

Ermenike was stopped on his way to the locker-room by Fenerbahçe technical director İsmail Kartal and substitute players and persuaded to go back on the field. But, by the time Ermenike returned to the game, tensions on the side of the field had risen, this time between Beşiktaş assistant coach Edin Terzin, and Fenerbahçe player Bruno Alves.

Tensions escalated in the later moments when another Fenerbahçe player, Emre Belezoğlu, got involved in the argument, advancing upon Slaven Bilic, Beşiktaş technical director. All the parties were eventually calmed down, and the game was able to kick off again.

The host Fenerbahçe are traditionally dominant in derbies against their city rivals Galatasaray and Beşiktaş at the Şükrü Saraçoğlu stadium. They have not lost against Beşiktaş and Galatasaray in a long time.