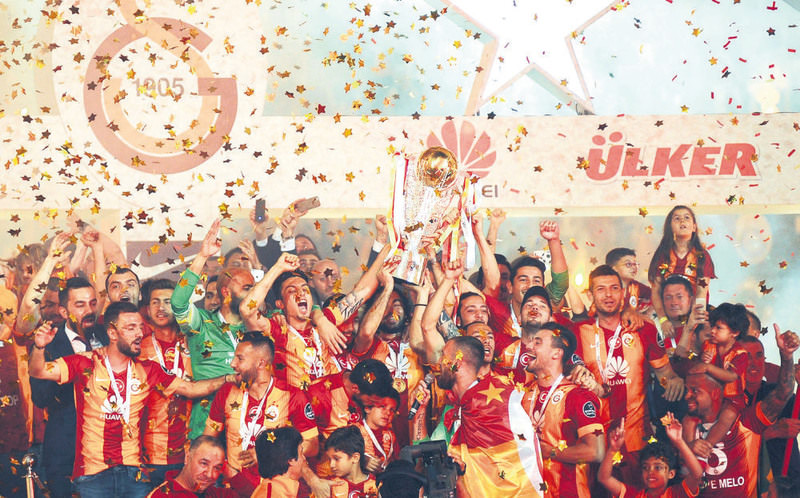 by Hakan Baş Jun 02, 2015 12:00 am
Turkish Spor Toto Super League champions Galatasaray will meet Bursaspor in the Ziraat Turkish Cup final match today. Galatasaray aims to complete the season with two trophies by beating Bursaspor at the Bursa Atatürk Stadium. The Istanbul giants will complete a "double" for the sixth time if they win against Bursaspor. The reigning Ziraat Turkish Cup champions, Galatasaray, won the domestic cup tournament the most times with 15 titles. The final will kick off at 8:30 p.m. local time (17:30 GMT). Having made a major contribution to Galatasaray's championship in the league this season, Uruguayan goalkeeper Fernando Muslera will be unable to play in the final match because he is now on national duty for Copa America. Meanwhile, Bursaspor center-back Serdar Aziz will miss the final because of a red card suspension.

The 2014-15 Turkish Cup is the 53rd season of the Turkish Cup, and Ziraat Bankası is the main sponsor of the tournament. The winners will earn a berth in the group stage of the 2015-16 UEFA Europa League and will also qualify for the 2015 Turkish Super Cup. The cup was created in 1962 and has taken place every year since. Many different formats, including a pure knockout competition and group stages, have been tried, but an expanded tournament format was been adopted for the 2012-13 season. A record 156 teams compete in the tournament. After five knockout rounds, a round-robin group stage is contested, and group winners and runners-up play in the semifinals and finals. Galatasaray are the current holders of the cup.
Last Update: Jun 02, 2015 10:09 pm
RELATED TOPICS