An expected end for an unexpected beauty 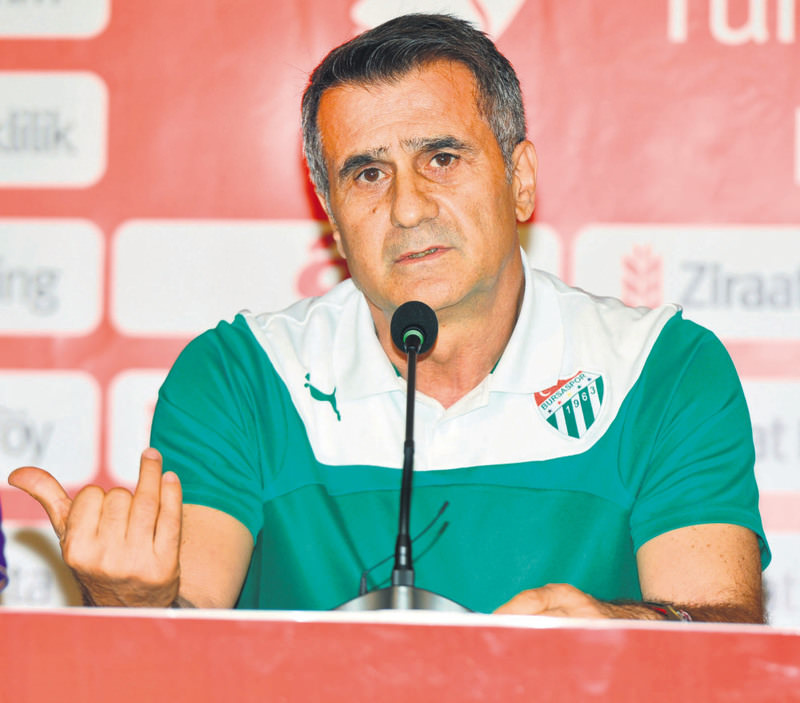 by Arda Alan Işık Jun 06, 2015 12:00 am
Well, fairytales do not always have happy endings. Şenol Güneş and his crew did a magnificent job with limited opportunities and a young squad, but Turkish football can be merciless. Whenever you manage to do something, whether it is beneficial for your specific team or for football in the country in general, if you cannot win a trophy, then you are in trouble in Turkey. Güneş, who is one of the most extraordinary coaches in Turkey and has had a magnificent career, built a very promising squad at the beginning of the season but unfortunately his team became more successful than he expected in a short period of time. I say "unfortunately" because now Bursaspor's promising squad is being scavenged to death; remarkable right back Şener Özbayraklı has already left the club for Fenerbahçe and there are rumors that the Istanbul giants plan to snag Fernandao and Ozan Tufan. Nevertheless, most importantly, it seems that Şenol Hoca himself is also leaving the club.

It is totally understandable why Şenol Hoca does not want to continue his journey in Bursa, because what he has built in one year has gone just 10 ten days after the season. Thus, if he chooses to stay, he has to start all over again and at that point one has to question the administrative support behind him. Despite all the success and promising football that Şenol Güneş and Bursaspor achieved, it looks like the Bursaspor administration did not put in half the effort that Güneş put in. In almost every big game against the Istanbul giants, Bursa were the dominant side and throughout the season they were praised for their promising and beautiful football by even the most long-in-the-tooth members of the Turkish football media. But in the end I guess money seemed more delicious for Bursa executives than future success.

On the other hand, I really pity what the Istanbul giants do in order to create a delusional picture for their fans. After a dismal and disastrous season, Fenerbahçe and Beşiktaş are trying to fool their fans by making fancy transfers and short-term investments without addressing the real administrative and economic problems of their team. Nevertheless, what they do is not only destroy the future of the Anatolian teams with small budgets but is also completely illogical and irrational. Because what makes Şener Özbayraklı so effective on the right wing is not his fancy dribbles or remarkable speed but the plan that Şenol Güneş built for him to utilize that side of the team. Thus what the Istanbul giants do is insert a car engine into a plane and expect it to work. Nonetheless, to really understand the meaning of something, you need to see it in the right context, otherwise, it would be meaningless.

However, then you might say Beşiktaş have done the right by chasing Şenol Güneş to make him new coach but unfortunately, my answer is again "no." Of course, Şenol Hoca can have the same effect at Beşiktaş but given the mentality of the Beşiktaş administration, given their purpose to change the coach and given what will be expected of Şenol Hoca is a completely different context and atmosphere from Bursaspor. Fikret Orman and the Beşiktaş administration are in a huge economic crisis and they will definitely want to have trophies in order to make Beşiktaş fans forget their mistakes and be content with the administration. Thus, Güneş will work in an unhealthy atmosphere that could eventually spoil his pure football mentality.

In the end, as usual, Turkish football elites squeezed to death the new hope of Turkish football before it posed a bigger threat to their system. Unfortunately, whenever such hope occurs in Turkish football, the Istanbul giants come with an offer that Anatolian businessmen cannot refuse. In the long term, there are no winners but the biggest loser is Bursaspor and Turkish football. In the short term, it seems like everyone is happy with the deal.
Last Update: Jun 06, 2015 1:56 am
RELATED TOPICS