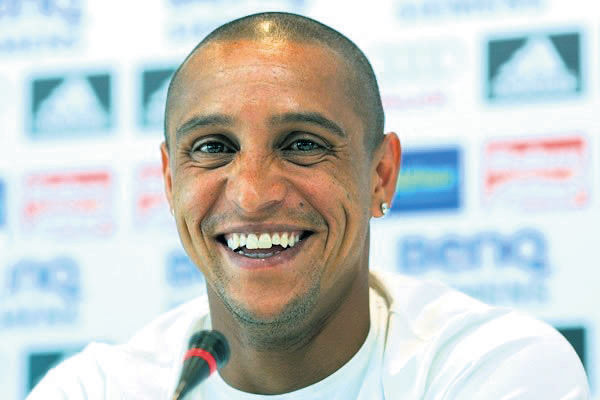 by Daily Sabah with AP Jul 05, 2015 12:00 am
Former Brazil and Real Madrid defender Roberto Carlos will manage the Delhi Dynamos for the upcoming edition of the Indian Super League.

The signing, which was announced on the team's website on Sunday, is one of the biggest in the franchise-based league that saw players like Nicolas Anelka, Alessandro Del Piero, Robert Pires, Luis Garcia and David Trezeguet turn out for different teams in the inaugural edition last year.

Carlos, known for his powerful free-kicks, was a member of the Brazilian World Cup squads that reached the final in 1998 and won the tournament in 2002.

The Delhi team, coached by Dutch coach Harm Van Veldhoven, had failed to make the semifinals of the eight-team competition last year.

The ISL has been the most highly anticipated pro league in India since cricket's Indian Premier League was launched in 2008, surpassing interest in similar competitions in more traditionally popular games in India like field hockey and kabaddi.

Though the standard of football has generally been dismal with India ranked only 141st in the FIFA rankings, the ISL has been seen as a means to glamorize the game.