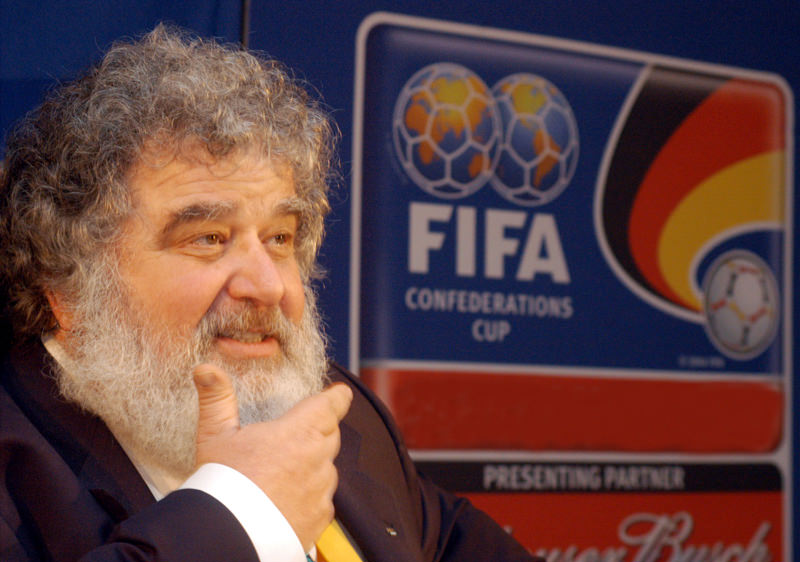 by Jul 09, 2015 12:00 am
FIFA on Thursday banned for life Chuck Blazer, a central figure in the corruption scandal that has engulfed world football, for taking millions of dollars in bribes.

"Mr Blazer committed many and various acts of misconduct continuously and repeatedly during his time as an official in different high-ranking and influential positions at FIFA and CONCACAF," said a statement announcing the ban from all football-related activities.

"In his positions as a football official, he was a key player in schemes involving the offer, acceptance, payment and receipt of undisclosed and illegal payments, bribes and kickbacks as well as other money-making schemes."

The one-time powerbroker of North American football is a former ally of FIFA leader Sepp Blatter who has agreed to step down because of controversy over U.S. and Swiss investigations into the world body and World Cup tournaments.

Blazer, 70, has given evidence to U.S. authorities investigating football corruption and is gravely ill in a New York hospital suffering from cancer.

Blazer has acknowledged to U.S. investigators that he took more than $11 million in bribes from 2005 to 2010.

Media reports say he gained substantially more during his time running the Confederation of North, Central American and Caribbean Association
Football, or CONCACAF.

Blazer was CONCACAF general secretary from 1990 until 2011 when he was forced to step down. He was also a FIFA executive committee member from 1996 to 2013 and a vice president of the U.S. Soccer Federation.

As part of his deal with the U.S. authorities he has agreed not to oppose any ban imposed on him by FIFA or any other football governing body.

As a FIFA official he influenced the award of World Cup tournaments. And he has admitted to U.S. investigators that he took bribes.

As the powerbroker of U.S. soccer he travelled by private jet, kept two multi-million-dollar apartments in New York -- one reportedly for the use of his cats -- and a home in the Bahamas.

Behind his back, he was known as "Mr Ten Percent," a nod to the kickbacks on which he allegedly insisted.

Now wheelchair-bound, he formally pleaded guilty at a closed-door court hearing in Brooklyn in November 2013 -- one of four people to plead guilty as part of the sweeping U.S. investigation.

Since then the U.S. Justice Department has stunned FIFA by targeting a coterie of top officials from the Americas as part of the probe.

Seven FIFA officials were detained in a raid on a Zurich hotel on the eve of a FIFA congress at which Blatter won reelection.

The seven are now fighting extradition to the United States and are among 14 new figures facing charges as part of the same inquiry which snared Blazer.

In parallel, Swiss authorities are investigating the attribution of the 2018 and 2022 World Cups to Russia and Qatar. Amid corruption allegations, both countries have strongly denied any wrongdoing.
Last Update: Jul 09, 2015 11:53 am
RELATED TOPICS