Guess who's back in town? 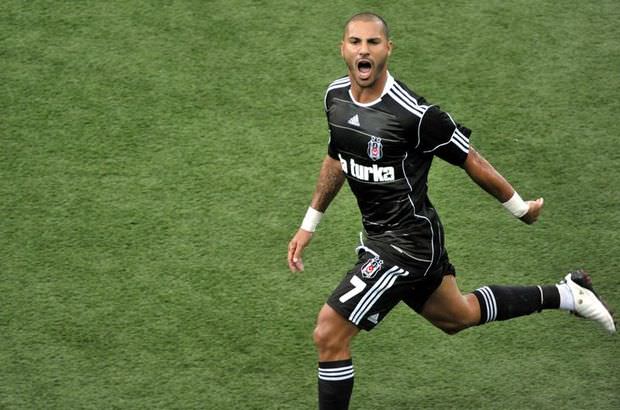 by Arda Alan Işık Jul 13, 2015 12:00 am
Given the new organizational structure of the club, Beşiktaş's football department is making logical and strategic moves nowadays. For instance, even though Beşiktaş had insufficient funds to sign Robin van Persie, chairman Fikret Orman and his crew were able to capture the player's attention and delay the transfer. Added to that, the Beşiktaş intervention most probably increased the fee and made Fenerbahçe's victory more painful. Nevertheless, there are rumors that the club is about to make a really controversial move in the following days. That is, bringing Roberto Quaresma to the club, who opted for parties and leisure time rather than football in his last spell in Istanbul.

However, the more strange and interesting point is, Şenol Güneş, who obviously despises such party-boys, said: "The player is very talented and effective, also his name carries weight in both European and global football. I cannot say anything negative technically." In other words, he approved of Quaresma's transfer. This is really odd because given the financial crisis and the İnönü Stadium's uncertain future, Beşiktaş were forced to focus on getting the best from its current squad and Şenol Güneş was the most appropriate choice. I understand the growing worries in the club that Fenerbahçe almost renewed its squad completely, Galatasaray at least strengthened theirs but Beşiktaş not only made no significant transfers but also lost its "superstar" Demba Ba. Nonetheless, if Beşiktaş are going to make transfers like Quaresma, they must consider the possibility that these kind of "superstars" might ruin team chemistry and can set them back.

On the other hand, there is another possibility that Fikret Orman and Şenol Güneş are hoping for. That is, Quaresma might transform himself into a humble warrior in the hands of Şenol Güneş. Güneş had a very similar story in his Trabzon days that did not end so well. In 2011, the famous match fixing scandal year, Trabzonspor's brand new transfer Jaja helped Trabzon climb to the top of the table in the first half of the season. But in the following days he spent more time in Ukraine than Trabzon and his worsening form seriously damaged Trabzonspor. Thus, in theory, Quaresma might take the team's offense to another level with his great dribbling skills, but as his last time in Istanbul shows, Ricardo regards these new adventures as breaks to recharge and return hungry to Porto.

Furthermore, Quaresma always had adaptation problems and he never performed consistently well for Barcelona, Inter or Chelsea. It is obvious that he can only find the right atmosphere in his hometown. So why did Beşiktaş take this risk in such fragile times? Added to that, I objected to Slaven Bilic's strategy because it was based on the chaos that Gökhan Töre created in the penalty box and I support Şenol Güneş for representing a style that is the opposite of chaotic football. What Beşiktaş needs is not a better version of Gökhan Töre, but a strategy that includes all players on the pitch, just as Şenol Güneş did in Bursa and Trabzon.
Last Update: Jul 13, 2015 8:23 pm
RELATED TOPICS