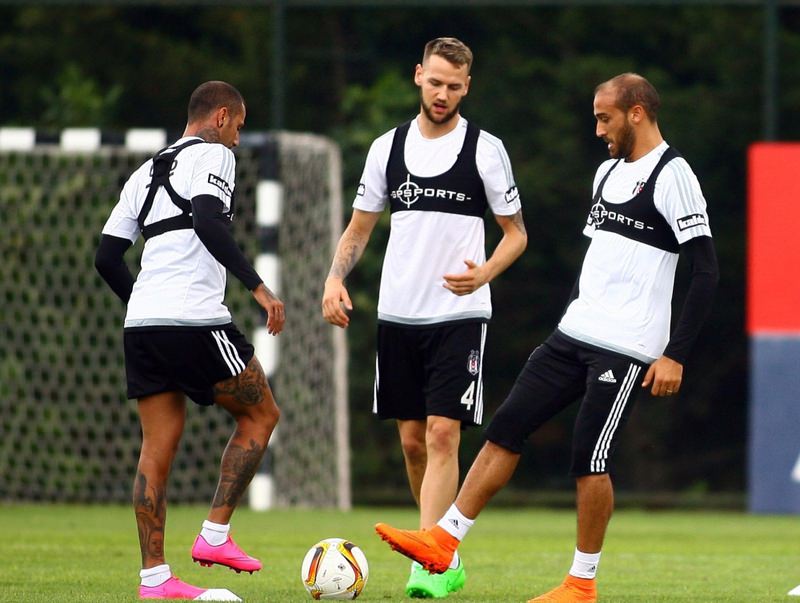 by Daily Sabah Sep 17, 2015 12:00 am
Beşiktaş will kick off their Group H campaign against KF Skenderbeu in the Europa League today in an away match in Elbasan, Albania. KF Skenderbeu hopes to become the first local club to avoid defeat against a Turkish opponent. The sides are meeting for the first time in a UEFA club competition. It is Skenderbeu's first encounter with a Turkish opponent. Clubs from Albania and Turkey have met in 12 UEFA games, with all 12 being won by the Turkish side by an aggregate score of 33-3.

Skenderbeu went unbeaten in seven European home games (W6 D1) before losing 2-1 to GNK Dinamo Zagreb in this season's UEFA Champions League play-offs. Beşiktaş made it through last season's UEFA Europa League group stage unbeaten, then eliminated Liverpool FC on penalties before bowing out to Club Brugge KV in the round of 16. The competition's new identity has worked out well for Beşiktaş: They failed to make it through all three of their UEFA Cup group stage campaigns, but have been successful in all three of their UEFA Europa League ones.

Coaching Skenderbeu since 2012, Mirel Josa was capped 27 times as a midfielder by Albania, spending the bulk of his career at KF Tirana before finishing up in Greece. He won a title as a coach with Tirana too, and has led his current side to glory in the last three Albanian league campaigns. Former Trabzonspor A.Ş. and Turkey goalkeeper Şenol Güneş took charge at Beşiktaş in June this year. He famously coached Turkey to a bronze-medal finish at the 2002 FIFA World Cup. He has also won two Turkish Cups in the course of four separate spells as Trabzonspor coach.
Last Update: Sep 17, 2015 1:56 am
RELATED TOPICS