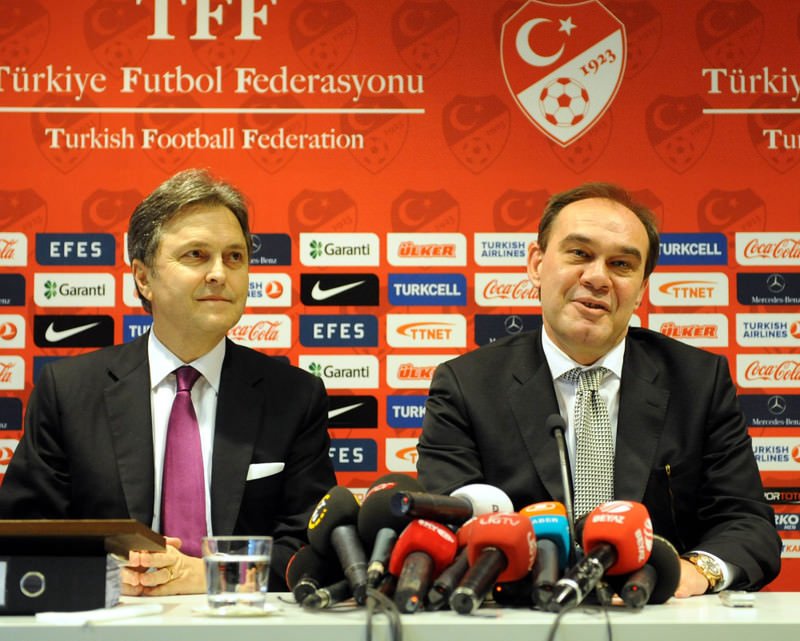 After a spending spree on flashy transfers, the total debts and credits balance of Super Toto Super League's 18 clubs is alarming. Turkish Football Federation (TFF) Vice President Hüsnü Güreli announced Wednesday that the 18 Super League clubs have TL 478 million ($160 million) debts owed to them, while their total debts are nearly TL 3.5 billion. He said, "We will create an asset reconstruction company and Super League Inc. on top of it. That is, we have to unite all trade interests, financial transactions and incomes of our clubs within a body of Super League Inc. in which we will create a brand value."

Speaking at the Sport Finance Seminary organized by Aktif Bank, Güreli said that Turkish clubs, except the four powerhouses (Fenerbahçe, Galatasaray, Beşiktaş and Trabzonspor), cannot be administered as an incorporated company. He stressed that the inventories are prepared in the form of "a society inventory" in the various incorporated companies. Stressing that there are serious financial losses at the clubs, Güreli said, "The income of the 18 Super League clubs is TL 1.8 billion. However, the total costs at the 18 clubs are TL 3.1 billion. As you understand, when you open your store you have already lost money, there is not even gross profit. You are at a loss of TL 309 million. How can these 18 clubs survive? I mean how can they operate with such a financial burden?"

According to Güreli, a clean break in the financing of football must be made. He said they are plotting a new road map with the support of football financing experts. He said, "We will set up an asset restructuring company. We are considering it as a model. And a Super League Inc. will be on top of the new asset restructuring company, which we will create. The Super League Inc is already a theory developed by the Turkish Clubs Union. Maybe we will offer that company to the public. We, as the football federation, pay annually TL 40-45 million to amateur clubs although we don't have to do such a payment by law. The 12 percent of bidding for the rights to broadcast the matches live, worth TL 450 million, is paid to TFF. If this income is blocked, the TFF cannot maintain its operations. So, maybe the payments made to the amateur clubs are taken over by the government by law. And the TFF's share from the TV rights can be lowered to 8 or 6 percent.

The vice president of the Turkish Clubs Union Foundation, Mesut Hoşcan stressed that it is a must that everybody has to adapt to the principles of transparency and sustainability along with good corporate governance fot the improvement of the football industry. Hoşcan said, "We, as the football clubs can never give up financial discipline. We have to implement a balanced sheet and go on with balanced sheets. We have to cut our coat according to our cloth. Besides, the criteria of UEFA is very dominant on this matter. Our clubs are suffering from bad financial situations but unfortunately we must put into practice such measures such as erasing points, transfer bans or even relegation punishments. We don't say these, UEFA does."According to Hoşcan, Turkish football pays footballers more net money than anyone in the world. Hoşcan continued, "In Europe, the clubs don't pay the taxes when they transfer a footballer. But in Turkey we do! We have to pay attention to this matter. Every penny earned by clubs can't be spent on flashy transfers. The clubs mus invest in their youth setup. We have to give big importance to the youth setup for the development of football in our country."
RELATED TOPICS