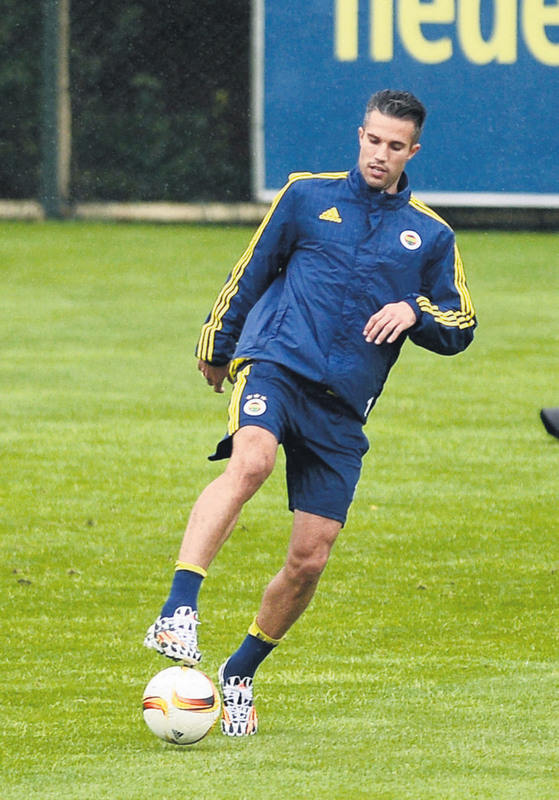 Fenerbahçe and Beşiktaş, who battled it out for the Spor Toto Super League's top spot this past week, will face Celtic and Sporting Lisbon respectively in the UEFA Europa League

Spor Toto Super League's top two teams, Beşiktaş and Fenerbahçe, are both hoping to come away with victories for away matches with the Yellow Canaries facing Celtic and the Eagles playing Portuguese giants Sporting Lisbon today.

Beşiktaş beat their archrivals Fenerbahçe 3-2 in a magnificent game and became the league leaders on Sunday.

Now, the Eagles want to repeat their domestic success in the UEFA Europa League group stage. Beşiktaş have yet to win in three home games against Portuguese opponents as they welcome Sporting in their second Group H match. Beşiktaş made a positive start in Group H on matchday one and will look to keep that momentum going against Sporting, though their past home results against Portuguese sides have been poor.

The teams are meeting for the first time in UEFA competition. Beşiktaş's record in seven games against Portuguese clubs is two wins, a draw and four losses. Sporting's record in four matches against Turkish opposition is won one, drawn two and lost one.

Beşiktaş's 3-1 loss to Club Brugge in last season's UEFA Europa League round of 16 ended a seven-game unbeaten run at home in Europe (W5 D2). Sporting are without a win in 15 European away trips (D4 L11) since a 2-0 success at FC Zürich at the start of the 2011/12 UEFA Europa League group stage.

Beşiktaş made it through last season's UEFA Europa League group stage unbeaten, then eliminated Liverpool on penalties before bowing out to Club Brugge.

In five previous UEFA Cup and UEFA Europa League group stage campaigns, Sporting have only once failed to make it to the round of 32 - in their most recent campaign - in 2012/13.

Meanwhile, Beşiktaş's Portugal star winger Ricardo Quaresma started his playing career at Sporting, leaving the club for FC Barcelona in 2004. This is the first time he has faced his erstwhile employers in a UEFA game.

Sporting forward Teofilo Gutierrez played in Turkey for Trabzonspor from 2010 to 2011, where his team-mates included Beşiktaş goalkeeper Tolga Zengin.

Elsewhere, the Scottish rivals Celtic's first encounter with Turkish opponents brings them up against a Fenerbahçe side eager to make amends after a shock opening defeat in Group A.

Celtic FC recorded a 2-2 draw at AFC Ajax on matchday one and will look to build on that as they welcome the other UEFA Europa League Group A big hitters, Fenerbahçe.

The sides are meeting for the first time in UEFA competition, and this is Celtic's first encounter with Turkish opponents. In their only games against Scottish teams, Fenerbahçe eliminated Celtic's Glasgow rivals Rangers FC 2-1 on aggregate in the 2001/02 UEFA Champions League third qualifying round.

As yet, no Turkish club has won a UEFA competition game in Scotland in seven attempts (D5 L2). In the four of those matches played in Glasgow (D2 L2) the visiting side did not score.

Celtic have won all three of their European home games this season. Fenerbahçe have won all six of their UEFA Europa League group stage away fixtures to date - five of them by 1-0 scorelines.

Robin van Persie has yet to score a UEFA Cup or UEFA Europa League goal in 11 appearances; he faced Celtic with Arsenal FC in the 2009/10 UEFA Champions League play-offs but did not score. Fenerbahçe's Gökhan Gönül can make his 50th UEFA club competition in this game.

Celtic boast Turkish talent in the form of forward Nadir Çiftçi, who played in the Super League for Kayserispor in 2011/12.
RELATED TOPICS