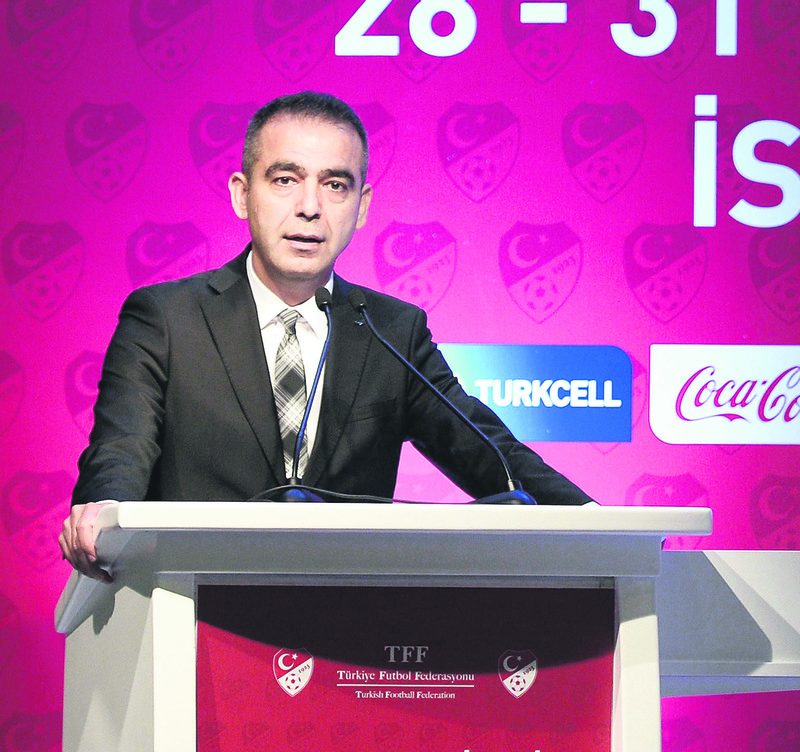 by daily sabah Oct 01, 2015 12:00 am
All of Turkey has been talking about referee Deniz Çoban, who announced his retirement Wednesday, and his statements following the match between Kasımpaşa and Çaykur Rizespor. After the match played on Monday, referee Çoban apologized to both teams and said, "I slaughtered the match. I am sorry." However, even though it was deemed by many as an laudable piece of self-criticism, President of Central Board of Referee (MHK) Kuddusi Müftüoğlu (above) does not agree. He said in a press statement released on Wednesday that Çoban's apology during the live broadcast was "a wrong move." "There are instructions at the Turkish Football Federation (TFF) and rules of the MHK," said Müftüoğlu. "I personally like Çoban. He is my friend but he did wrong. After he made a personal decision we will also decide what to do about the situation. Even if he had some psychological problems, he should have acted within the rules. He could have visited the locker room and talked to the coach instead of attending the live broadcast while a team coach had been talking to the media." Çoban said that he has no idea about the decision of the MKH. However, Müftüoğlu said, "I think he should have a rest for a while, then we will review the situation."

Reacting to Çoban's statement that he may retire soon, Müftüoğlu said, "If he would have just privately apologized to Kasımpaşa coach Rıza Çalımbay, it would have been more reasonable, but going public on live TV put all of us in a difficult situation." He added that the MHK would make a decision about Çoban after he decides what to do with his career.

Müftüoğlu also commented on Çoban's performance and said, "We all watched the game. Çoban's performance as a referee was not good. He will be resting for a while. Once everything goes back to normal and Çoban makes a decision about himself, we will review the incident. Now, we have to behave moderately."
RELATED TOPICS