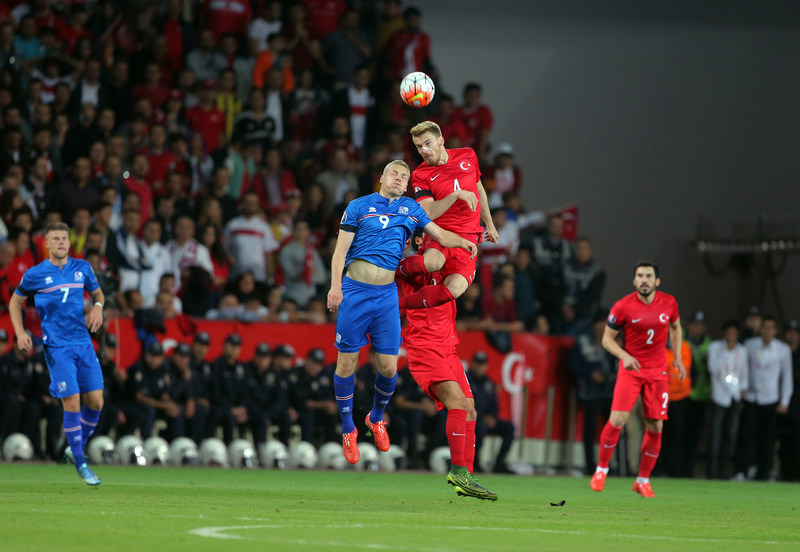 Turkey's Selçuk İnan curled in an 89th-minute free-kick for victory over Iceland to send the Turks to France as best third-placed team.

Turks avoided the play-offs and qualified as the best third-placed team after Kazakhstan also defeated Latvia to finish in fifth position right above Latvia .

Turkey finished behind the Czech Republic and Iceland in Group A but above the Dutch, who needed a win and a Turkey defeat to qualify.

Next month's play-offs will decide the remaining four places for which Sweden, Slovenia, Ukraine, Denmark, Ireland, Norway, Hungary and Bosnia-Herzegovina will compete for. The draw for the play-offs is on Sunday.
Last Update: Oct 14, 2015 12:08 am