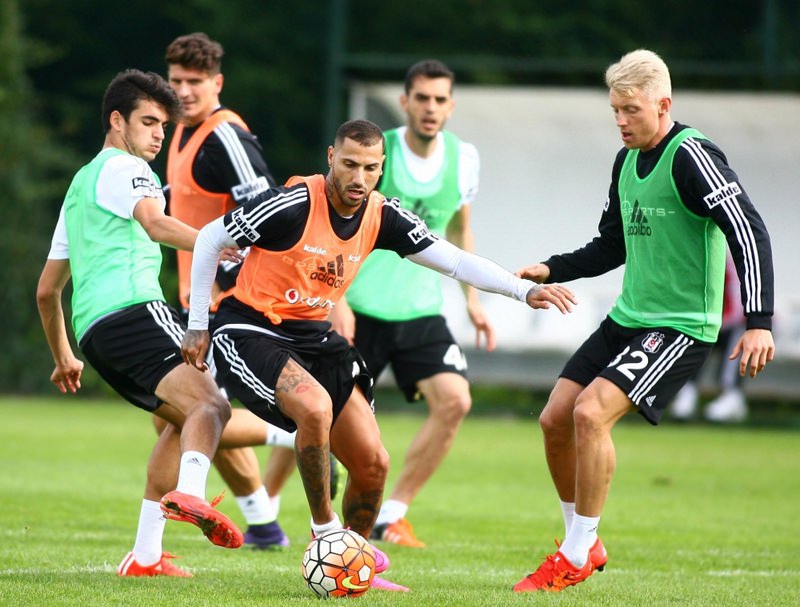 by Oktay Özdabakoğlu
Oct 15, 2015 12:00 am
Despite UEFA's warnings, the three biggest football clubs in Turkey broke records for borrowing this year. In the first three months of 2015, their total debt rose to TL 2.9 billion ($990 million). Despite sales earned from transfers, their debt increased due to the increase in foreign exchange rates.

The three biggest football clubs in Turkey - Galatasaray, Beşiktaş and Fenerbahçe - cannot seem to get out of the debt spiral even though they have applied to UEFA requesting additional time to meet UEFA's financial criteria. Further, they have applied to the government for a tax amnesty, and they are also disappointing investors with stock redemption programs by issuing more stocks. The total debt of these three clubs increased by 25.8 percent to TL 2.9 billion between June 1 and Aug. 31.

The clubs became further indebted to the tune of TL 4,500 per minute in this three-month period, plus their total equities were around negative TL 1.1 billion. The clubs had to issue a valuation report for their assets as stipulated in Article 376 of the Turkish Commercial Code for indebted football clubs. Their sales revenues increased by 108 percent to TL 324.7 billion when compared to the same period last year, and their total losses increased by 24.1 percent to TL 131.6 billion.

Fenerbahçe - the Yellow Canaries - incurred a debt of 70 million euros for the next three years with its transfers, and Fenerbahçe's debt increased by 56 percent, exceeding TL 1.1 billion. In the meantime, Fenerbahçe's revenues increased by 174 percent to TL 136.9 billion, mostly due to the transfer of Moussa Sow and Emmanuel Emenike, worth around TL 60 million. Fenerbahçe's losses decreased from TL 45.9 million to TL 26.9 million, and their financing revenues tripled to TL 45.3 million.

Galatasaray's debt is such that they are under threat of being prohibited from attending European competitions. It rose to TL 1 billion, while losses doubled, reaching TL 90 million, and financing revenues increased by a factor of three to TL 49.7 million.