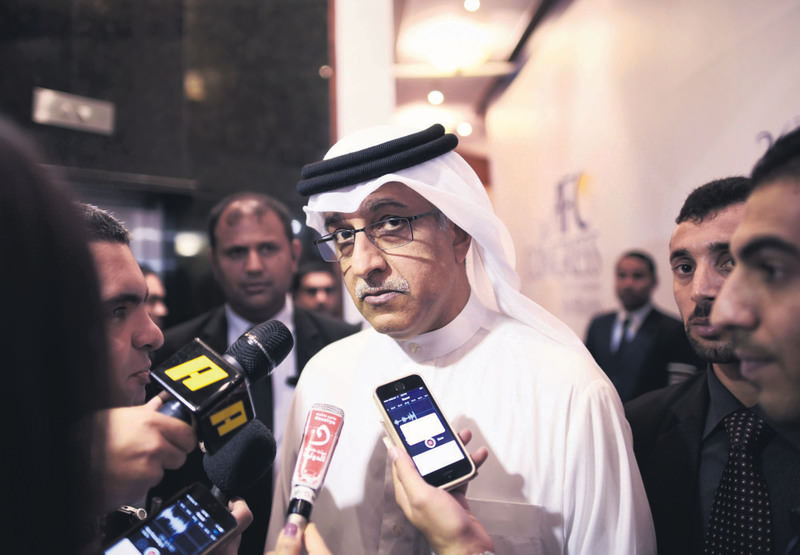 The head of Asian football is poised to announce a bid for the FIFA presidency, a source told AFP on Friday, in a move that would dramatically reshape the election race. Shaikh Salman bin Ebrahim al Khalifa would be a serious contender given his position as the leader of FIFA's second-largest confederation. A bid by the Bahraini royal would be another major blow to already suspended FIFA Vice-President Michel Platini, whom he formerly backed for the FIFA job, and his Asian rival Prince Ali bin al-Hussein of Jordan. FIFA has been thrown into turmoil with outgoing chief Sepp Blatter, former favorite Platini and South Korean candidate Chung Mong-Joon all suspended as corruption allegations engulf the world footballing body.

Despite mounting sleaze claims and criminal charges against senior figures including Blatter, FIFA elections are still planned to go ahead on Feb. 26 with Platini among the candidates. The other potential contenders are a colorful and varied group including Brazil's Zico, former FIFA deputy secretary general Jerome Champagne and South African anti-apartheid campaigner Tokyo Sexwale. It is a situation that could leave the way clear for the soft-spoken Shaikh Salman, who was a staunch backer of the corruption-smeared Blatter until recent months. Shaikh Salman is also an unshakeable supporter of Qatar's hosting of the 2022 World Cup, whose controversial bidding process was the subject of an internal FIFA investigation. The Manchester United fan and one-time accountancy drop-out drifted between careers and even had a spell as a customs officer before turning his hand to football administration. Backed by Kuwaiti powerbroker Sheikh Ahmad al Fahad al Sabah, he won a landslide election in 2013 to succeed disgraced Qatari Mohamed bin Hammam as president of the Asian Football Confederation.

In April, he strengthened his grip when he won a fresh four-year term unopposed and became a FIFA vice-president - taking a post previously held by Prince Ali - into the bargain.

Shaikh Salman has thrived in his alliance with Sheikh Ahmad, who was elected to FIFA's executive committee at the April congress and is also a major player in the Olympic movement. The imposing Kuwaiti, a supporter of International Olympic Committee president Thomas Bach, heads the influential Olympic Council of Asia, which runs the Asian Games among other major events.

Meanwhile, Europe's football union UEFA is looking at plan B in the form of a new candidate for the FIFA presidency despite voicing support in general for suspended UEFA boss Michel Platini. A quick decision on the issue is needed because candidates must submit their files by October 26. UEFA general secretary Gianni Infantino did not want to rule out that the Europeans could have a new candidate in place by Tuesday when the FIFA executive holds its own emergency meeting.
RELATED TOPICS