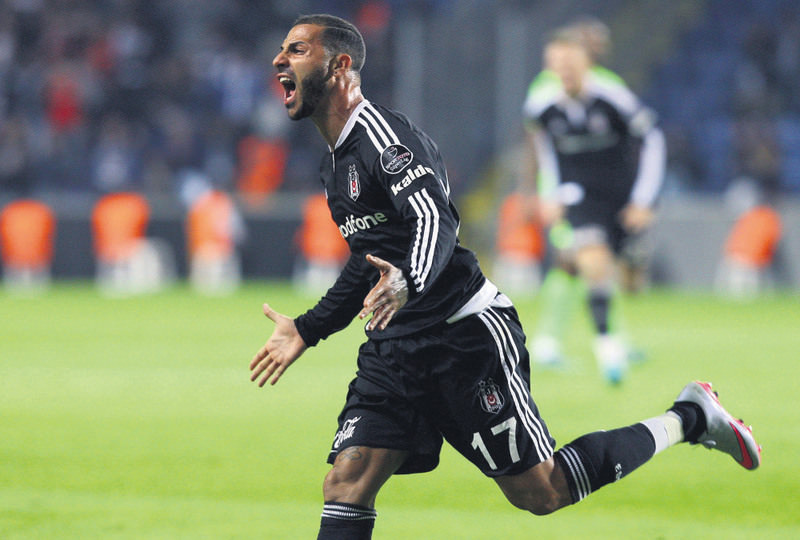 Beşiktaş have picked up 19 points in the first eight weeks of the season to make their best start in 12 years. Beşiktaş remain at the top of the table after they defeated Çaykur Rizespor 1-0

The Spor Toto Super League's eighth week saw Beşiktaş continue their hot start, coming out of the gates quicker than they have in any of the previous 12 seasons. The Eagles, who have slowly improved under the supervision of new coach Şenol Güneş, maintained their lead at the top of the table after taking down Çaykur Rizespor 1-0 for their third straight win. Beşiktaş have won six matches while drawing and losing one. Güneş's team has not only got off to the best start in the league, but it also is the highest scoring team. In the 2003-04 season, Beşiktaş managed to collect 22 points in the first eight matches under the supervision of Romanian manager Mircea Lucescu.

Maintaining their winning ways, Beşiktaş's latest victim this weekend was Çaykur Rizespor. The Blacks Eagles cruised past their Black Sea rivals 1-0 with a goal from Ricardo Quaresma in the 63rd minute on Sunday at the Başakşehir Fatih Terim Stadium.

Claiming there is too much competition in the squad, Quaresma said, "If we want to get the title, we will get it as a team. We can't win it individually. I'm in love with football. I want to be on the pitch. I thank the fans for reviving my love for football."

Responding to Quaresma's complaints, Güneş accused the media of meddling in club affairs. He said, "Whomever I put on the squad, there are lots of comments made about my choice. The way things are, we will fight tooth and nail with my players."

"There is no easy match. Every match is difficult. Our rivals today were physically strong. Although we were aware of that, we wavered in the first 15-20 minutes. They fouled too. But we dominated the game anyway. We must find more opportunities. We played more effectively in the second half."

In response to Quaresma's complaints, Güneş said, "I don't know how to talk to the media. When I am silent, they write something about me and my team. When I talk to them, they write things that are different from what I said. Whatever I say about Quaresma, I'm sure they will write different things that I did not mean. What's important is Beşiktaş's success."

Elsewhere, Fenerbahçe, who have suffered a run of poor results over the last three weeks, finally won three points in their match against Kayserispor thanks to Robin van Persie's magnificent free-kick. The result allows them to breathe a sigh of relief ahead of critical matches against Ajax in the Europa league and Galatasaray in the Super League.The Dutch star started for the Yellow Canaries and it took him just half an hour to make a difference. The former Manchester United striker curled the ball around the keeper with his free-kick. Van Persie has five goals and an assist on the season. The win took Fenerbahçe into third place behind second place Galatasaray. Beşiktaş remain in first place. The goal was van Persie's first from a free-kick since his strike against Manchester City in 2012. The Dutchman joined the Yellow Canaries as part of a three-year deal made with Manchester United over the summer transfer window. Van Persie was joined by fellow United teammate Luis Nani, who also left the Red Devils for Fenerbahçe. The third Premier League player to join the Canaries was Lazar Markovic, who was signed on a one-year loan move from Liverpool. The Istanbul giants will take on Ajax next at the Şükrü Saraçoglu stadium in the Europa League on Thursday.