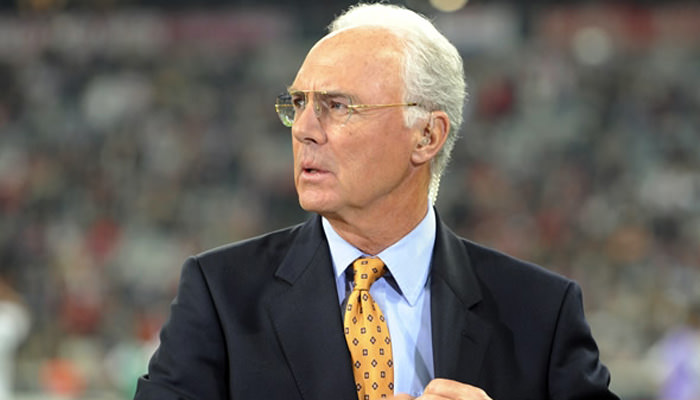 by Associated Press
Oct 21, 2015 12:00 am
German soccer great Franz Beckenbauer and FIFA vice present Angel Maria Villar have been investigated by ethics prosecutors and are awaiting a verdict in their cases, the governing body's ethics panel said Wednesday.

Both Beckenbauer and Villar now serving as FIFA's interim senior vice president while President Sepp Blatter is suspended have previously been identified by media as targets of the investigation into the bidding for the 2018 and 2012 World Cups.

The official disclosure of their names Wednesday did not specify details of the charges both men face.

The announcement inflicts more damage on FIFA, which is reeling from waves of corruption allegations that led the ethics committee two weeks ago to suspend Blatter and the front-runner to succeed him as president, Michel Platini.

In a wide-ranging statement, the ethics committee said it aimed to judge Blatter and Platini within the 90 days of their suspensions.

Blatter is also under criminal investigation by Swiss authorities for a suspected "disloyal payment" of around $2 million from FIFA funds to Platini in 2011.

In a separate case, suspended FIFA secretary general Jerome Valcke is accused of "misuse of expenses and other infringements of FIFA's rules and regulations," the ethics committee said.

The announcement Wednesday comes the day after the FIFA executive committee agreed to lift strict secrecy rules it imposed on the ethics committee in 2012, and which ethics prosecutor Cornel Borbely and ethics judge Joachim Eckert argued were harming their work.

Villar was second-in-command at that executive session on Tuesday, which also named him interim head of FIFA's organizing committee for the 2018 World Cup in Russia, replacing Platini.

Public naming of the Spanish football federation president adds to embarrassment for UEFA, where Villar is the highest ranking elected official after Platini was suspended by FIFA pending a separate ethics inquiry into alleged corruption.

Beckenbauer and former Spain international Villar were members of FIFA's much-discredited executive committee when it chose Russia and Qatar as future World Cup hosts in December 2010.

"If two other countries had emerged from the envelope, I think we would not have these problems today," Blatter told the FIFA Congress in May.