FIFA official: Blatter and Platini conflict of interest on pay 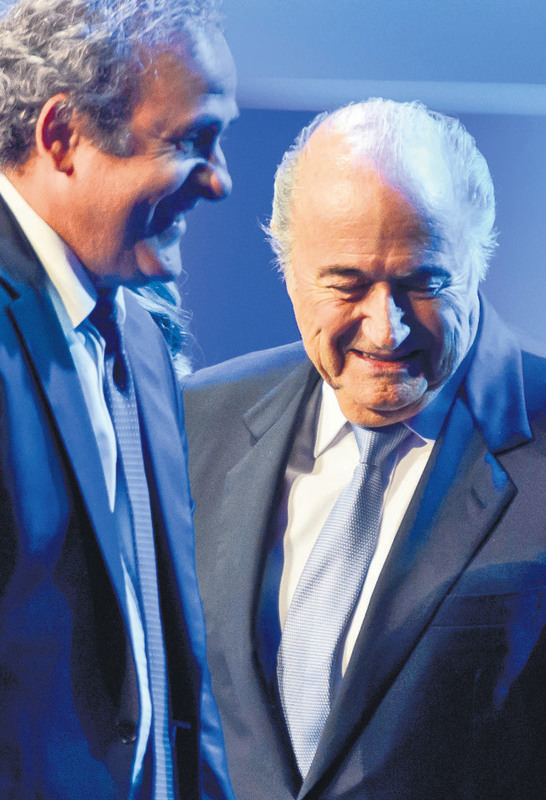 by Associated Press Oct 22, 2015 12:00 am
The first public indication from within FIFA about the weight of the case against Sepp Blatter and Michel Platini was provided Tuesday by its financial compliance head, who denounced a payment that led to the football leaders being suspended as a "classic conflict of interest." Blatter, the FIFA president, could also be culpable for the alleged "falsification" of accounts over the payment of 2 million Swiss francs (about $2 million) to Platini, according to Domenico Scala, the independent chairman of FIFA's audit and compliance committee. Blatter authorized the financial transaction in 2011 and Platini now says it was salary he was owed from his work as a presidential adviser between 1998 and 2002. The debt should have been detailed in FIFA's accounts from 2002 until the 2011 payment, but was not, Scala said in an interview with The Associated Press.

Both Blatter and Platini have acknowledged there was only a verbal agreement between them for the outstanding pay, which has sparked investigations by both the Swiss attorney general and FIFA ethics investigators.

Blatter and Platini are serving 90-day provisional suspensions, while FIFA's ethics committee completes a full investigation into the actions of two of the most powerful officials in world sport. Scala, whose audit committee was established in 2012, is the first FIFA insider to speak out publicly on the most high-profile ethics case in the governing body's 111-year history. "Both parties, the president and Mr. Platini should have recused from their positions because both are members of the executive committee of FIFA and they both have a conflict of interest," Scala told the AP.

"Mr. Platini has asked the president to pay him a prescribed amount, which he should not have asked, which is why it is a classic conflict of interest." The case could end Platini's hopes of succeeding Blatter as FIFA leader in an election set for February, although both men deny wrongdoing and are appealing against their suspensions.
RELATED TOPICS