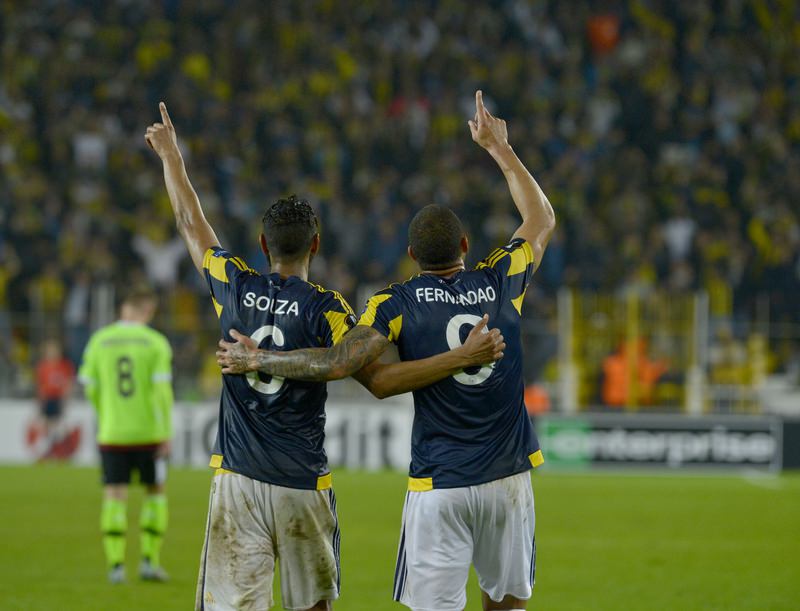 by Anadolu Agency Oct 23, 2015 12:00 am
Turkish club Fenerbahçe defeated 1-0 Netherland's Ajax with a goal in the last minutes of the game in the UEFA Europa League at the Şükrü Saraçoğlu stadium in Istanbul on Thursday.

Fernandao scored in the 89th minute, giving Fenerbahçe three extremely important points. Fenerbahçe has lost the first group game against Molde team in Istanbul and drew the second one with Celtic.

In the other game of the UEFA Europa League's Group A, Norway's Molde defeated Scotland's Celtic, 3-1.

After three games, Molde leads the Group A with seven points, followed by Fenerbahçe with four points and Ajax with two points, as much as Celtic.

On Nov. 5, Fenerbahçe will travel to Netherlands to face Ajax, while Celtic will host Molde in Scotland.
Last Update: Oct 23, 2015 2:57 pm
RELATED TOPICS