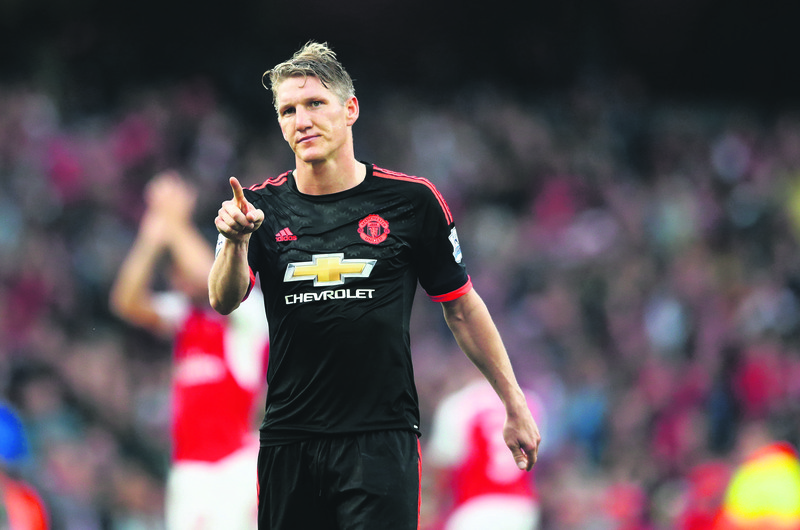 by French Press Agency - AFP Oct 23, 2015 12:00 am
Bastian Schweinsteiger, the German national captain, is taking legal action against a Hong Kong-based company for making Nazi figurines that bear a clear resemblance to him.

A member of Schweinsteiger's management team confirmed the legal action to SID, the sports subsidiary of Agence France-Presse (AFP) on Thursday, after a report in Bild newspaper.

The company DiD had produced a Nazi-uniform-clad figurine with a face similar to Schweinsteiger's and which is named "Bastian."

After being contacted by Bild, DiD employee Patrick Chan denied selling any figurines based on a footballer, and said it was purely coincidental that the Nazi doll resembled Schweinsteiger. The 30-centimeter-tall figurine was "based on the typical German," he said. "We thought that all Germans look like that."

The figurine, marketed as being on "WWII Army Supply Duty" comes with several apparels - including a version with a steel helmet, white winter jacket and woolen gloves, and another in a typical army uniform, complete with the "Wehrmacht Sadler" insignia - an eagle with a swastika above the right breast pocket.

Schweinsteiger was named captain of the German team last year after Philipp Lahm's international retirement. The Manchester United midfielder was a key member of the squad that won the World Cup in 2014.
RELATED TOPICS