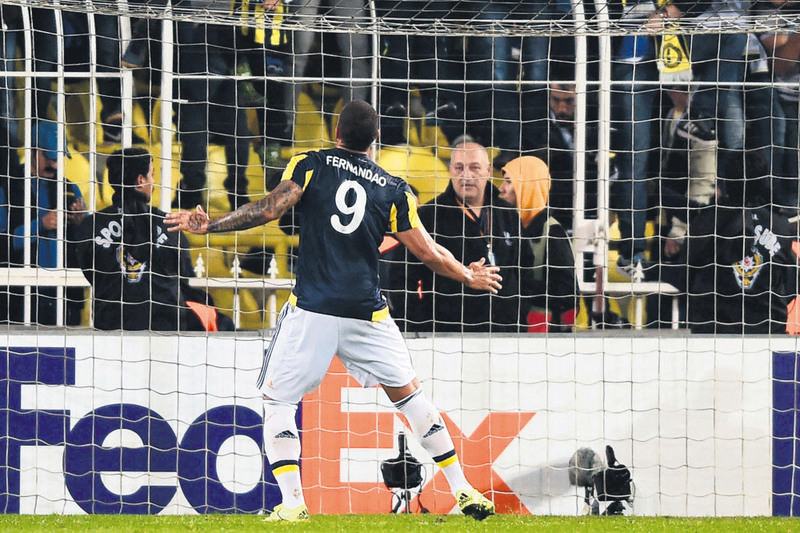 Galatasaray, Fenerbahçe and Beşiktaş, Turkey's representatives in Europe this year, have enjoyed a good week in continental competition. On Wednesday, Galatasaray finally ended their 10-game winless run in Europe, securing their first victory in Group C of the Champions League by beating Benfica 2-1. On Thursday Fenerbahçe and Beşiktaş took to the stage. A late header by substitute Fernandao propelled Fenerbahçe to a crucial Group A win over Ajax, their first victory in the UEFA Europa League group stage this season. Coming on to replace Robin van Persie at 72 minutes, Fernandao showcased his aerial prowess to power the ball past the outstanding Jasper Cillessen with one minute of regulation time remaining.

The hosts started the game at a breakneck tempo, and their first real chance came on 11 minutes as Cillessen showed superb reflexes to stop close-range efforts from Diego and Van Persie in quick succession. Cillessen denied his Netherlands team-mate Van Persie again at 32 minutes, palming away a ferocious low strike to looks of disbelief around the stadium.Fenerbahçe continued to push forward in the second half, but were largely kept in check by a committed Ajax defense. The visitors were largely content to sit back and hit their opponents on the counter, with their first shot on target coming at 62 minutes - a Riechedly Bazoer drive from distance. On 67 minutes Fenerbahçe thought they had scored only to see Lasse Schöne clear a Souza header off the line, and increasingly it appeared as if Frank de Boer's side would hold on for a well-deserved draw.

Enter Fernandao, who also notched a brace to salvage a point at Celtic in the previous match, to plunder the decisive goal and send Fenerbahçe into second place in a now wide-open group. With a big domestic derby against Galatasaray on Sunday, many expected the hosts to rest players, but Vítor Pereira fielded arguably his strongest side, deploying Van Persie up front with Lazar Markovic, Nani and Diego behind, as well as the experienced and attack-minded wing-backs Caner Erkin and Gökhan Gönül. Ajax's youthful lineup matched their opponents blow for blow and it needed a last-minute intervention from Fenerbahçe's super sub to divide the two teams. In the other game of the UEFA Europa League's Group A, Norway's Molde defeated Scotland's Celtic, 3-1. After three games, Molde lead the Group A with seven points, followed by Fenerbahçe with four points and Ajax with two points, as much as Celtic. On Nov. 5, Fenerbahçe will travel to the Netherlands to face Ajax, while Celtic will host Molde in Scotland.

Elsewhere, Lokomotiv Moscow dropped their first points in this season's UEFA Europa League group stage as they were held to a 1-1 draw by Beşiktaş. Maicon put the hosts in front with a fierce close-range shot nine minutes after the break, but Mario Gomez was quick to rack up his 41st goal in UEFA club competition and draw the visitors level. Delvin N'Dinga's speculative attempt for Lokomotiv was all either team had to show for their first-half efforts, but Beşiktaş had their first real opportunity just a minute after the restart, Gökhan Töre skewing his effort wide. In the other game of the UEFA Europa League's Group H, Portugal's Sporting CP defeated Albania's Skenderbeu, 5-1. After three games, Lokomotiv Moscow leads the Group H with seven points, followed by Beşiktaş with five points and Sporting CP with four points. Skenderbeu is the last in the group with zero points. On Nov. 5, Beşiktaş is due to host Lokomotiv Moscow in Istanbul and Skenderbeu will host Sporting CP.
RELATED TOPICS