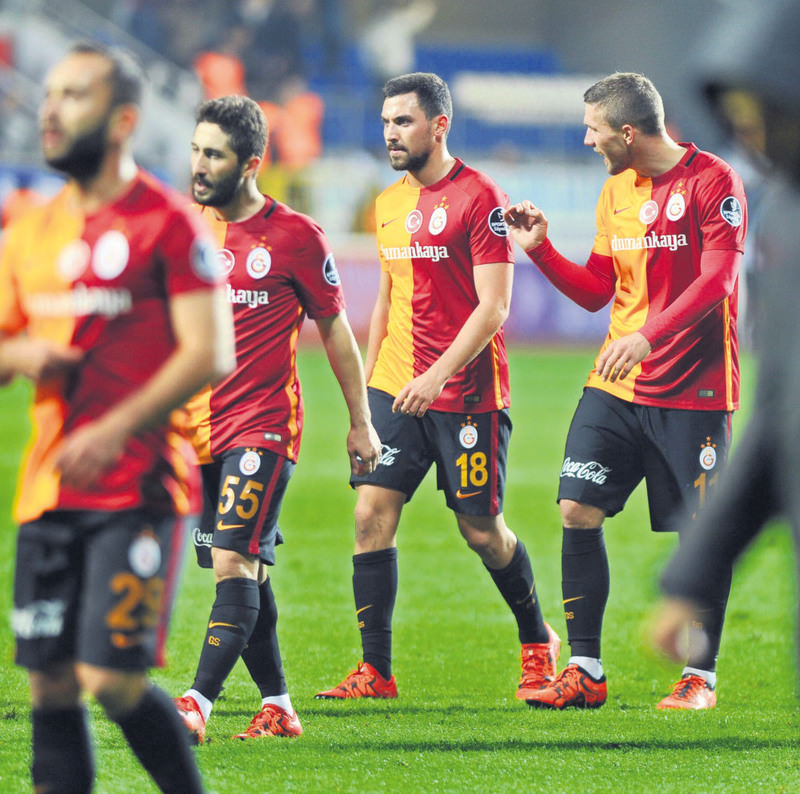 by Daily Sabah Dec 01, 2015 12:00 am
Turkish powerhouses Beşiktaş and Galasaray disappointed their fans this week as they lost points against their rivals. Leaders Beşiktaş were stunned by Akhisar Belediyespor 2-0. Before the defeat they had not lost in their past 10 Spor Toto Super League matches. With this setback, Beşiktaş put their leadership in danger as Fenerbahçe got a chance to surpass their rivals with one match to go against Trabzonspor. However, it was the Galatasaray fans who suffered the biggest disappointment this week. They were very hopeful as their new coach Mustafa Denizli started his job and Beşiktaş lost. But Galatasaray continued their habit of conceding goals right after they have scored. Although they went ahead two times against Kasımpaşaspor, they could not prevent two goals from their Istanbul rivals and had to settle for one point.

Trying not to be pessimistic after his very first match, Mustafa Denizli said in a press conference, "One point can be deemed a gain in such a difficult match. We have set out on a difficult journey. We have to stick together on this journey. Nobody must step off the road. We must walk together. What's important is not how we started; what's important is how we will finish. We have a long road ahead of us. We will have difficulties. We have at least a five-week transition period. We will improve until the end of first half of the league and later we will go on in a more healthy way."

Galatasaray's German star Lukas Podolski said, "We are not in good shape. If we had been we would have been the leaders by now. We went ahead two times again but could not grab a win. Our new coach cannot change everything immediately."
RELATED TOPICS